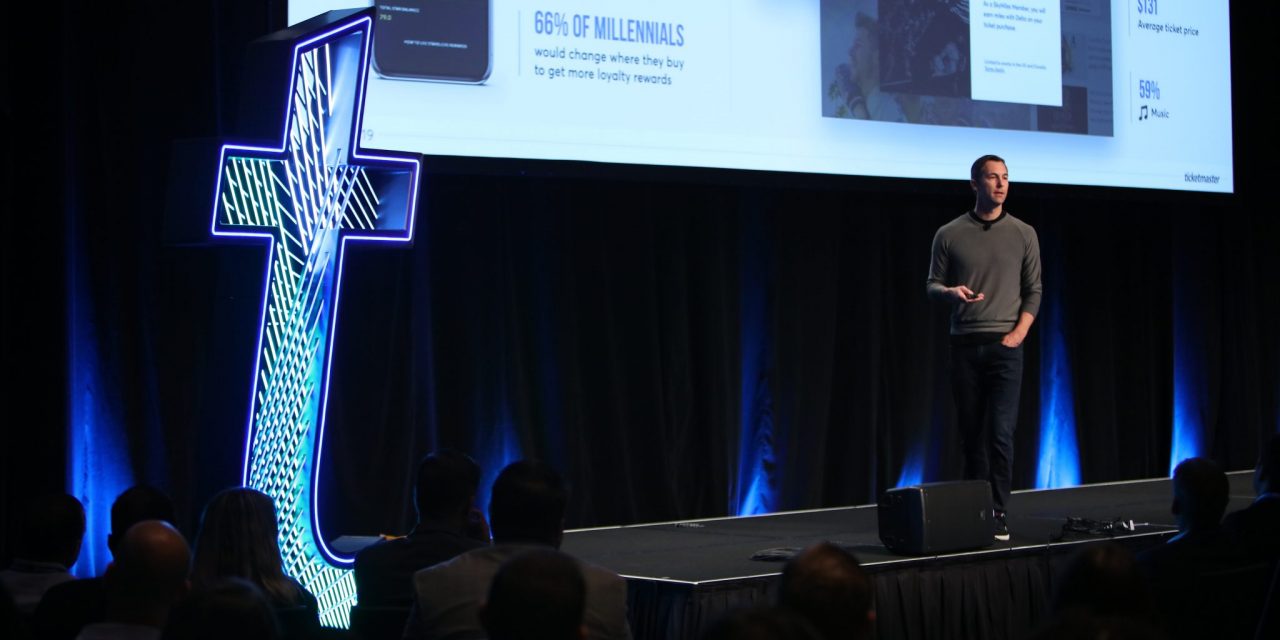 To a “T”: Ticketmaster President Jared Smith on stage at the Ticketmaster Sports Summit earlier this week. (Courtesy Ticketmaster) Presence suite of offerings, along with acquisitions Blink and Upgraded, get featured roles “We’re now more a technology company that just happens to sell tickets,” said Ticketmaster Chief Product Officer Justin Burleigh, demonstrating what he dubs “an immersive 3D shopping experience for stadium seating” on his iPad that gave a 360-degree view of each venue via virtual scans resembling Google Maps. It took place June 25-26 at the company’s Sports Summit 2019, where the motto — “Live only happens once” — highlighted not only the experiential aspect of attending an arena sports or music event but also the increasing importance of the ticket purchase in the live entertainment food chain. Ticketmaster highlighted several product innovations at the event, where more than 700 attendees — from venue operators, local promoters, team executives […]
To access this post, you must purchase Subscribe to VenuesNow – 1 Year, Subscribe to VenuesNow – 2 Years or Subscribe to VenuesNow – 3 Years. If you are already a member of VenuesNow, please login here: log in