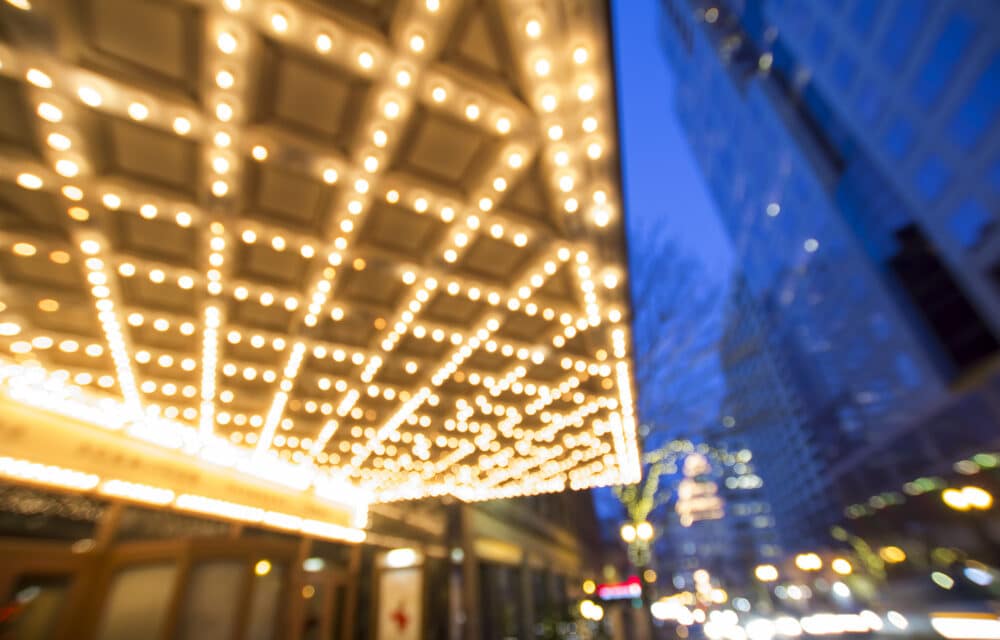 A marquee lights up a theater entrance in this undated file photo. (Courtesy Ungerboeck)

April webinar will break it down for members

Ungerboeck and Tessitura, which announced a partnership last year, has completed the integration between the VenueOps and Tessitura platforms, with an April webinar scheduled for Tessitura’s member community of more than over 750 arts and cultural organizations.

Ungerboeck and EventBooking merged in 2021. EventBooking launched VenueOps five years ago as an application for venue management and booking acts and events at performing arts centers, arenas, stadiums, museums and other facilities.

Company officials say the integration will reduce friction between sales and box office teams, improved communication and streamline data entry while enabling production data to be shared between the two solutions. The two-way data sharing also allows for simplified report creation within VenueOps, among other efficiencies.

When the Tessitura-Ungerboeck partnership was announced, at least one Tessitura client took to social media to bemoan having to train staff on a new system, but Ungerboeck executive vice president Steve Mackenzie, who comes from the EventBooking side and was closely involved with the integration, said combining the best of both platformas had always been a goal and will ultimately benefit the network’s members in ways that are worth the effort.

“We knew the true value of the partnership for the venues would come from having this integration,” he said.

“Besides reducing the obvious double handling of data, the greater reporting and analysis capabilities this will offer is super exciting,” Mackenzie said.

The integration is not a one-way street, he noted.

“It is a two-way integration,” Mackenzie said. “The event is created in VenueOps and certain info is pushed seamlessly into Tessitura, and then once the event is complete Tessitura will push back the ticket sales information into VenueOps,” he said, adding that the integration “is the result of both partners listening to what their clients are telling them they need, and then working together to make it happen.”

The integration was beta tested at the Smith Center for the Performing Arts in Las Vegas. In an announcement, Smith Center Chief of Staff Debby Urbauer said it opens doors to less duplicate entry and increased collaboration between booking and box office teams.