2016 a Banner Year for SaskTel Centre 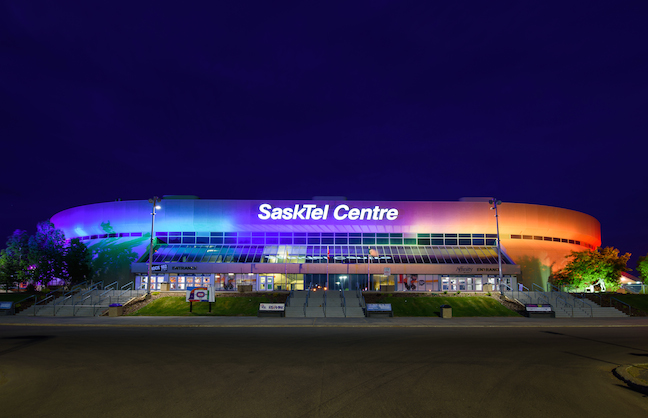 There's one thing you can say about Saskatoon, Saskatchewan, and the cities surrounding it.

So, when the country superstar played six concerts at the SaskTel Centre in June 2016, ticket sales skyrocketed. An estimated total of 94,000 people turned out for the concert series, hosted by the Saskatoon venue. The series became the largest concert event in the Canadian province's history. About 80,000 tickets sold in the first hour of sale alone, CEO Will Lofdahl said.
“I've never seen anything like that before,” he added. “It was amazing.”

Lofdahl credited the door-busting concert series as a major reason why 2016 was a banner year for the SaskTel Centre, which seats 15,000 for hockey and lacrosse events. The other factor, he said, was the arrival of a national sports team.

In 2016, the then-Edmonton Rush relocated to Saskatoon. At the time of their arrival, they were the National Lacrosse League's defending champions, “so they started off on a winning note,” he said.

The team continued its winning streak at its new home. Rechristened as the Saskatchewan Rush, they went on to win the 2016 league championship. Lofdahl estimated that, in total, the Rush brought in between 140,000 and 150,000 fans to the SaskTel Centre last year. “The community … just really wrapped its arms around the team,” he said.

All told, the Garth Brooks concert series and the Rush brought in nearly a quarter of a million people to the SaskTel Centre last year, Lofdahl said.

SaskTel Centre has had good years before, but 2016 was “exceptional,” he said.

Location and venue availability played a large role in the SaskTel Centre's success. Unlike the United States, which contains a multitude of large arenas, Canada has a small number of venues capable of seating 15,000 people, Lofdahl said.

“So if you're going to do a cross-Canadian tour, there's a finite number of places you can play,” he said.

Saskatoon sits in the middle of a two-day drive between Edmonton and Winnipeg, making it a viable stop for artists to consider on their tour, he added.

With a little more than 250,000 residents, Saskatoon is the country's 20th largest city. However, the economy has been robust for the last decade, “so when the shows stop here, people buy tickets because they've got discretionary income,” Lofdahl said.

Where country music is concerned, demographics also come into play.

“Saskatoon's outstanding in its own right,” Farrell said, but drawing full crowds there requires appealing to audiences in the surrounding cities. Fortunately, Saskatchewan is home to devoted country music fans who don't mind traveling to see a live show, which is one reason why Saskatoon made sense as a stop on Garth Brooks' tour, he added.

Another indicator that the correct series would do well in Saskatoon: Local radio stations. Farrell pointed to one station that had amassed roughly 225,000 Facebook followers. The other element was the venue itself, which he praised for having an “outstanding staff.”

The New Year is already looking promising for the SaskTel Centre. The Rush's second year in Saskatoon is underway, and Lofdahl estimated that between 8,000 and 9,000 season tickets have already been sold.