Dream Concert: “The St. Vincent-Nirvana combination that played at the 2014 Rock and Roll Hall of Fame Performance, performing at The Bottleneck in Lawrence, Kan.”

Rob joined VenuesNow in early 2018 after 19 years at Street & Smith’s SportsBusiness Journal. Before that he made stops at newspapers in Charlotte, N.C.; Charlottesville, Va.; Lexington, Ky; and the Kansas City area, in addition to selling clothing and working in a baseball card store (for cards rather than money). He loves good stories, good writing and working with good people. Rob lives and dies with his Kansas Jayhawks and treasures his time with his wife and two daughters, who are all pretty awesome. 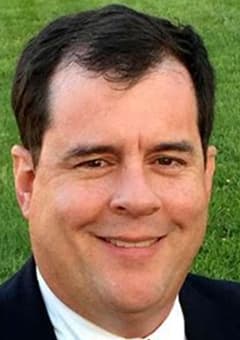 Don Muret has been a reporter for 35 years, including 25 years in trade journalism at SportsBusiness Journal and the old Amusement Business magazine before joining VenuesNow in December 2017. Previously, he worked 10 years as a sports writer for multiple daily and weekly newspapers. The Cedar Rapids, Iowa native has a journalism degree from Drake University and attended graduate school at the University of Iowa. He’s a diehard Chicago Cubs fan and loves live music. Muret lives in Charlotte with his wife, Dana, and their two teenage daughters, Madeline and Carolyn. 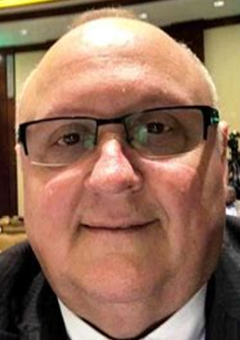 His mother refused to let him attend because he was 12. He has been in journalism for more than 30 years and was most recently on the police beat for L.A.-based City News Service. He has also been a staffer at Amusement Business, Adweek and the Associated Press. He started his career in New Jersey, where he attended Rutgers University and is a long-suffering fan of Scarlet Knights athletics. He has been in Southern California since 1993 and now lives near Thousand Oaks in Ventura County with his wife, Lissa, college-age twins, Miles and Olivia, and a tree-climbing cattle dog named Pokey.

Samantha has been with VenuesNow since 2009. She strives to strengthen the international presence of Venues Today and promote the magazine through various marketing efforts. Whether it’s creating marketing collateral, planning for the next tradeshow and award reception or handling production issues, she enjoys having fun at work. Prior to joining VenuesNow, she spent nine years in the action sports industry and GES Expo Services. “It’s a treat to check out the cool and creative ads submitted before everyone else sees it — it’s a new surprise every month!“

Dream Concert: “Freddie Mercury, James Brown and Prince all on one stage singing “We Are The Champions.””

Veteran industry trade sales and sponsorships executive Aki Kaneko comes to OVG after nearly 20 years at Billboard, most recently as executive director of entertainment for the Billboard-Hollywood Reporter Media Group. Aki is steering international advertising and sponsorship across all OVG media platforms and conferences, including Pollstar, Pollstar.com, Pollstar Daily Pulse, VenuesNow, VenuesNow.com, VenuesNow Pulse, and SportTechie. He is also steering sponsorships sales for the PollstarLive! Conference & Awards, which will mark its 30th anniversary in 2019, and the VenuesNow Conference, which ran June 19-20, 2018.

Aki can be reached at [email protected]

Dream Concert: “The Killers, Train and and a bottle of 2006 Bond Cabernet Sauvignon at Greek Theatre in beautiful Griffith Park.”

Rich is continuing to push the global brand of VenuesNow forward. After creating successful regional spotlights for Colorado, California and much of the Midwest, Rich has been instrumental in facilitating VenuesNow’s growth overseas, signing the magazine’s first spotlight in Shanghai.

Brij can be reached at [email protected] 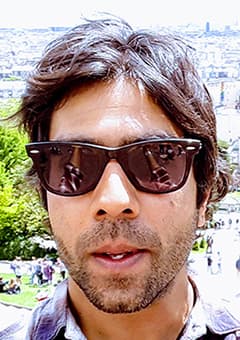