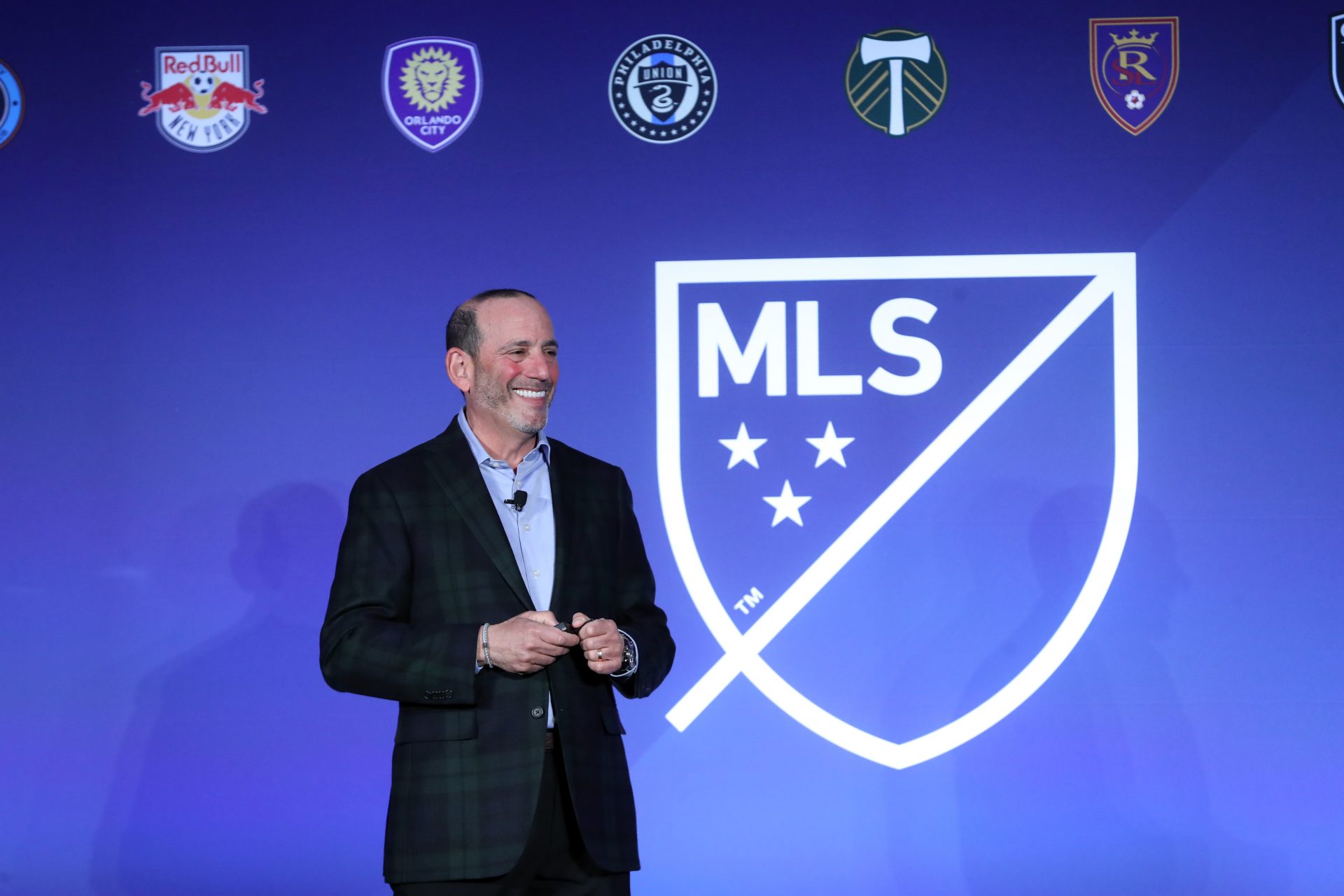 Major League Soccer has gone through tremendous growth in stadium development since Don Garber took over as commissioner in 1999. Allianz Field, home of Minnesota United, opened this year in St. Paul as the league’s 20th facility built for an MLS franchise, a total that includes soccer-specific venues and transformed buildings. Over the next few years, stadiums will open in cities including Austin, Cincinnati, Columbus, Miami, Nashville and St. Louis. With training facilities and planned related development, it’s more than $3 billion in projects. Garber discussed the state of the league and stadium trends with VenuesNow Senior Editor Don Muret.

It seems like we’re writing about one of your new stadium projects every week. What’s going on here?
In the last 20 years, we have built and transformed 20 stadiums, which is incredible. The real story about MLS over the last two decades is very much about growth, in its fan base, soccer culture and commercial soccer market led by Soccer United Marketing but also the growth of soccer infrastructure, which for the most part didn’t exist 20 years ago. If there were soccer being played professionally it was in large college or NFL stadiums. We have been laser focused to build infrastructure and stadiums that can be showcases for our games and cathedrals for our fans and ultimately to transform the landscape of soccer in North America.

Banc of California Stadium has high-quality finishes matching those of NFL stadiums, and Allianz Field is a beautiful building. Overall, project costs have escalated (to a high of $400 million for Audi Field). Are you concerned with the cost of these facilities going beyond what teams can manage?
We’ve been very conservative as a league in terms of putting debt on our teams, whether it’s for facilities or other purposes. Five years ago, there was little to no debt in MLS, but that obviously changed with the cost of facilities increasing and the appetite our owners have for building stadiums that can cater to an ever-growing audience in their local markets. The good news is that our revenues are growing and that’s feeding the energy that owners have for investing in these facilities, but also we continue to be a good bet for public entities that in many cases continue to partner with our local teams and ownership to build stadiums more often in urban settings to help deliver value for the community.

FIFA’s (president) Gianni Infantino was in town a few weeks ago for meetings. He toured Banc of California Stadium and was blown away, not only with the level of investment but the advanced thinking on fan experience and hospitality and the plethora of catering and different food options, plus the technology for fan engagement and social media. We really believe it’s one of the best facilities of any kind in the U.S. and give credit to the LAFC ownership group for their vision and frankly their belief in MLS that drives an appetite to have invested in a really beautiful building.

New stadiums are on the horizon in Nashville and Austin (among others) and potentially Sacramento. How do these projects fit into the growth of the league?
We’ve yet to finalize in Sacramento. That being said, we’re very engaged with Ron Burkle and the Sacramento public and we’ve been involved in tracking the stadium project that’s happening in the railroad district downtown for many years. It’s an incredible urban development project. Nashville is going to be a fantastic facility, walking distance from downtown in a great setting with a very smart and connected owner in John Ingram. Just recently, we’ve seen their plans. Austin, which will break ground shortly, has a fabulous site with a great ownership group that has joined together with Anthony Precourt, who has a lot of experience in this business, and I think the facility will be fantastic.

Everybody is trying to figure out the younger demographic that may not be as interested in the game. They travel in packs and are glued to their mobile devices. In that respect, it appears MLS is leading the trend and meeting their needs. How do you see that dynamic playing out across the league as well as all sports?
One of the great tides we’re riding in MLS over the last several years is it’s one of the most popular pro sports among young people. These are folks that have grown up with the game and have evolved into being consumers and influencers at so many different levels. That’s driving the soccer movement in North America. You think about how much soccer content exists. There are more soccer games on TV in the U.S. than any other sport and that’s an indicator of the level of interest that exists for the sport. Our goal is to continue to tap into local club interest and teams and players that are invested in the community that can build a long-term fan following and commitment, and that’s what’s been driving all the energy and interest in the league.

Along with the younger demographic comes the demand for new technologies, including 5G and cashless transactions. You’ve seen the cashless system at Mercedes-Benz Stadium and it appears Austin is leaning toward going cashless from the ground up with its new stadium. Where do you see those trends headed?
Technology is going to continue to be an important part of connecting with fans, understanding who they are, what their needs and interests are and how can we accommodate and adapt to a market that is looking for ease of access and transaction and ways that they can connect with all their friends and family. The sports industry has always been a leader in this space and our buildings require connectivity. We as a league have a business ventures group that’s looking at this area in earnest. We have a relationship with R/GA Ventures that is working with us to find startups that are working on these kinds of technologies. The fan experience of the future is going to be seamless, paperless, fast and providing them with values they won’t be able to get if they’re watching the game on TV. I always believed that the fan experience is truly what drives our entire industry and whether it’s an experience at home or at venues, we have to continue to evolve to stay one step ahead of what our fans are looking for, so that when they come to a game or watch a game on various devices, it is very similar to the kinds of experiences they’re getting with other entertainment options.

Where do you see MLS 10 years from now in terms of the number of teams and facilities?
Every team will be in a soccer-specific stadium or one that’s built specifically for the sport. The league will clearly be bigger than the 28 teams we have today. We announced going to 30 teams but have not put a timetable on it. I can’t say 10 years from now whether we’ll be bigger than that. I highly doubt it. The sport is going through such transformation at so many different levels that it’s hard to look at 10 years (in the future) and see where MLS will be. Within that period of time, we’ll have the 2026 World Cup, which I think will be a real moment of global excitement and attention for the soccer market in North America. It will be unprecedented, held in three different countries, all connected by their love of the game. Without doubt, we around the office say that our best days truly are ahead of us.