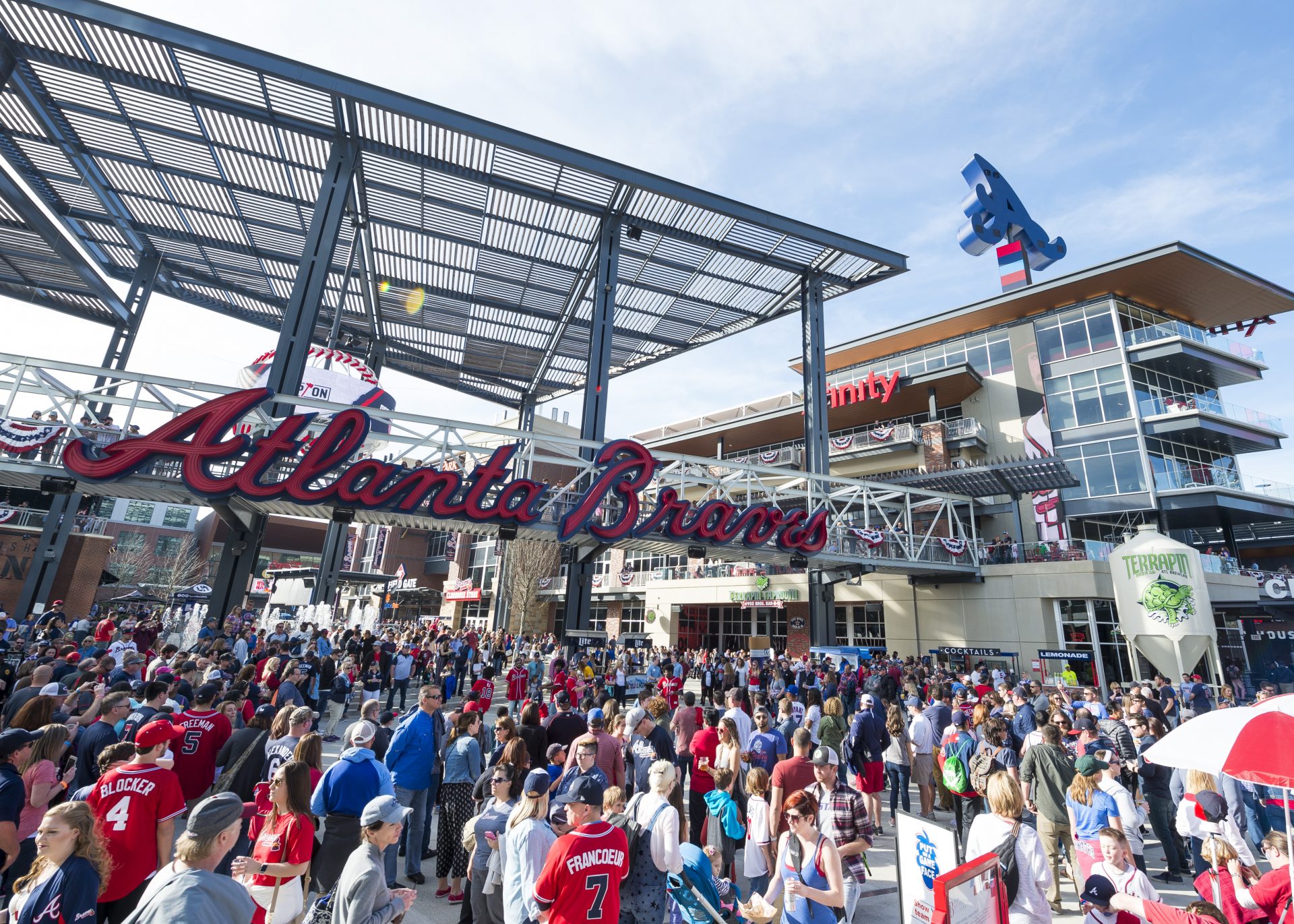 The Battery Atlanta is poised for new growth, more than two years after the mixed-use development opened with SunTrust Park, home of Major League Baseball’s Atlanta Braves. Topgolf, maker of the Swing Suite virtual golf simulator, is the latest addition to the Battery, which has expanded to 2 million square feet and $1.3 billion in private investment. Delaware North, the ballpark’s concessionaire, is a partner in the project, which joins a nail spa, a boxing studio, a cigar lounge and a virtual reality park that have opened in the past few months. A new 140-room Aloft Hotel and a movie theater are set to open in early 2020. The Braves, under the direction of team executives Mike Plant and Derrick Schiller, are the developer of the Battery Atlanta, which extends to 500 apartments, bars, restaurants and Comcast Corp.’s Southeast headquarters.