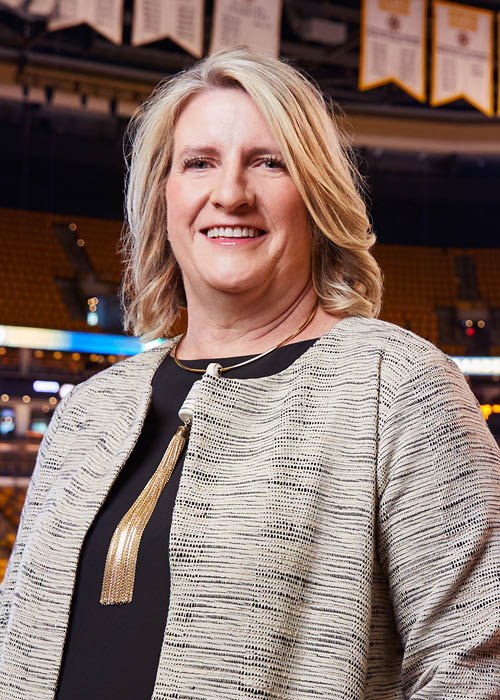 By Deborah Speer
TD Garden President Amy Latimer has overseen many of the nation’s most coveted events, including NBA and NHL championships, NCAA Final Four games, a Democratic National Convention and more. With events on hold because of COVID-19, though, the success of The Hub on Causeway, a mixed-use development of more than 1.5 million square feet next to the Garden that opened in late 2019, is a continuing bright spot.

No doubt that $1 billion project, a multitower complex built for live entertainment, retail shops and restaurants, plus offices, apartments and a high-tech hotel, will not only drive consumers to TD Garden’s doorstep after the arena reopens but also generate revenue for years to come.

The Jacobs family, led by Jeremy Jacobs, runs Delaware North which owns and operates the arena and was part of the Hub development team. “The Jacobs family had a vision for the neighborhood around TD Garden, and so we partnered with Boston Properties and brought this new entertainment district to life with a grand opening in November,” Latimer said.

Usually, the venue has a packed calendar with 40 concerts a year in addition to the home schedules of the Jacobs-owned NHL Boston Bruins and the NBA Celtics, family shows and other events. Fans would no doubt be taking advantage of a major arena upgrade that was completed just in time for the mid-March shutdown.

TD Garden may be dark, but officials are making the most of their downtime to ready for reopening, whenever that might be.

“One of the most difficult things we’ve had to do was furlough our associates due to the live events being canceled or postponed,” Latimer said. “These were some of the harsh economic realities facing live sports and entertainment. In the Hub, Banners restaurant is working around reduced capacities but still maximizing on the sports camaraderie in this town.”

Both the Bruins and Celtics had good playoff runs, Latimer said, which helped drive traffic to the restaurant.

Latimer, who has been with the Garden since it opened in 1995, is bullish and forward-thinking about arena life after COVID-19.

“TD Garden is in constant communication with city, state and public health officials to develop guidelines and procedures for how to operate when the arena opens again,” she said. “We had already moved to a new TD Garden mobile app that allows fans to buy and store parking tickets and game tickets and act as a mobile wallet to pay for food, beverage and merchandise” throughout the arena and the Hub.

In-seat ordering is being added to alleviate lines and crowds at concessions stands.

But it takes more than managing an array of events and responsibilities to do the job, said Latimer, who was named arena president in 2012, was tapped to lead Delaware North’s operations in the United Kingdom in 2015, and recently was named to the Massachusetts Convention Center Authority board of directors.

“Diversity of thought, background and different skill sets make for a better team,” Latimer said. “The venues and arenas are recognizing that diversity is key to success, and the pipeline has been increased through that desire.” 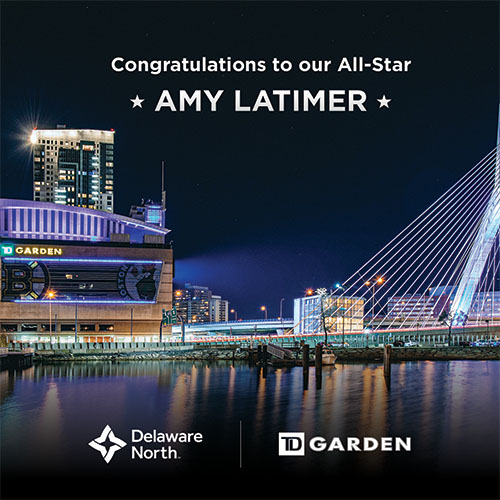