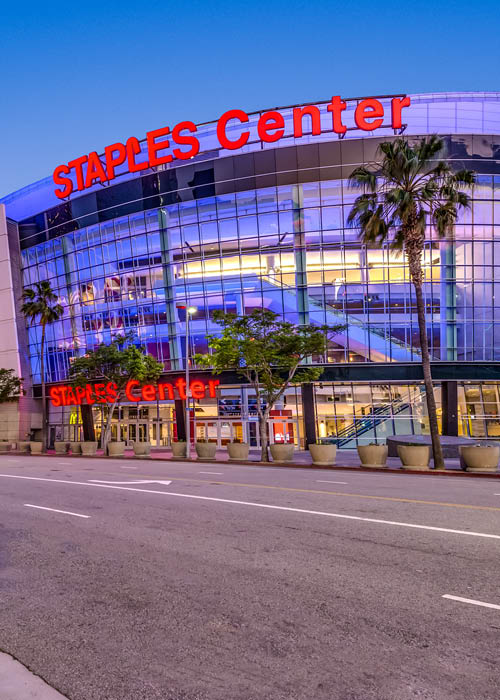 By Don Muret
Staples Center has been out front in protecting sports fans and concertgoers coming out of the pandemic.

In addition, AEG spent $1 million to make Staples Center, Microsoft Theater and the L.A. Live entertainment district as contactless as possible. It covers 2,300 plumbing and lighting fixtures across the three properties.

As of mid-October, 90% of that work was completed, said Lee Zeidman, president of the three venues.
The upgrades extend to using touch-and-go technology at Staples Center.

Officials are still determining which “checkout-free” vendor to use and the investment required. Amazon and Zippin are two systems AEG is considering, Zeidman said.

There are six potential locations for those conversions, five on the main concourse. Those concession stands would be retrofitted similar to the grab-and-go stands on airport concourses, Zeidman said.

“We believe this is a feasible concept for us as it relates to a financial, contactless and speed-of-service windfall when we come back out of the pandemic,” Zeidman said. “We’re moving full speed ahead.”