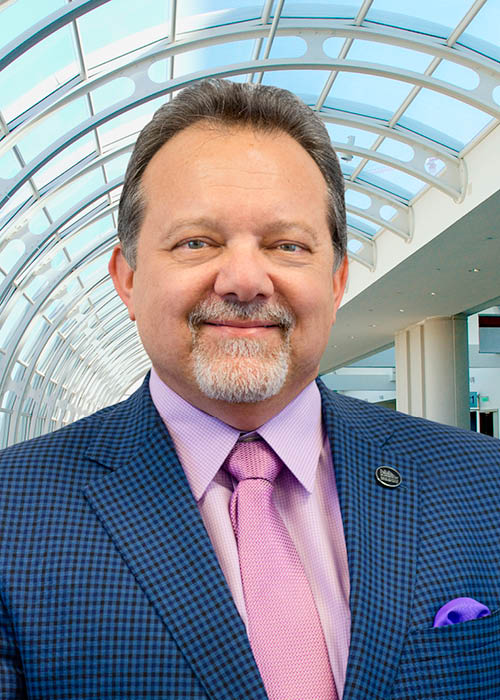 By James Zoltak
As president and CEO of the San Diego Convention Center Corp., Rip Rippetoe has been the steady hand quarterbacking his staff through the unprecedented pandemic shutdown.

A member of the International Association of Venue Managers since 1988, Rippetoe has earned the trade group’s Certified Venue Executive status and is chair of its board of directors.

With the coronavirus outbreak inflicting a devastating economic effect on the convention and exhibition industry and all of the ancillary businesses that it fuels, the San Diego complex under Rippetoe’s leadership joined with 13 other convention centers and as many associated convention and visitors bureaus in the Golden State to form the California Convention Center Coalition. Working with the California Travel Association, the coalition has provided a set of reopening guidelines to state authorities that are under review.

“We’re hoping we can use that as our launch pad to open safely sometime in the near future,” Rippetoe said.

Despite being unable to host events, including the internationally renowned Comic-Con, the convention center on Rippetoe’s watch has been serving as a shelter for some of San Diego’s homeless population since April, allowing nearly 1,400 individuals to take physically distanced refuge on some nights as part of Operation Shelter to Home, run by city and county agencies.

“It’s been a really great experience. We have taken a lot of pride in being able to do just a small part of helping take care of our community,” Rippetoe said in a recent interview.

Providing space for the homeless has benefitted convention center executives and staff as well, he said.

“It gave us an early education on how to do infection control because all of the intake and all of the work done with the residents were done through the health department, and they were of course early adopters of all of the protocols coming out from the federal and even state government,” he said. “So we were able to observe and watch and learn those early protocols and have seen how those have morphed a little bit and understood the distancing, the cleaning, use of all the (personal protective equipment).

“We were given a great education by the medical professionals, and it’s going to allow us to find better ways of implementing the guidelines we need to do to safely open the venue.”