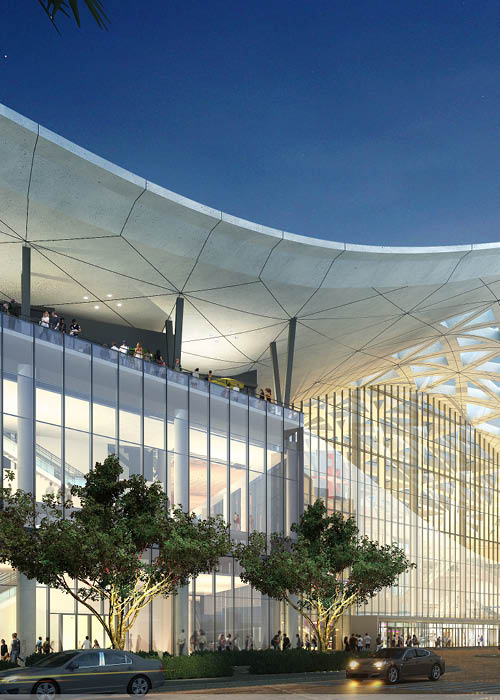 By Rob Knapp
In a year when little was going on at most convention centers, construction stayed busy at the Las Vegas Convention Center. In mid-October, Vegas’ Convention and Visitors Authority showed off the nearly $1 billion West Hall expansion, where work was 95% complete and on track for the targeted finish date of Dec. 14. The 1.4 million-square-foot expansion will position the complex to pick up big events as the pandemic eventually gives way to pent-up convention business looking for a home. Not all the news at the convention center was above ground: Eli Musk’s Boring Co. completed digging tunnels in May and is finishing a system that will use Tesla vehicles to shuttle visitors beneath the convention center between three stops. Details for a proposed “Vegas Loop” that would connect many of the city’s hotels and attractions, including the new Allegiant Stadium, have emerged in recent days. The LVCVA also agreed this year to buy the Las Vegas Monorail, an underperforming transit system in Vegas’ resort corridor that has long had a noncompete clause.