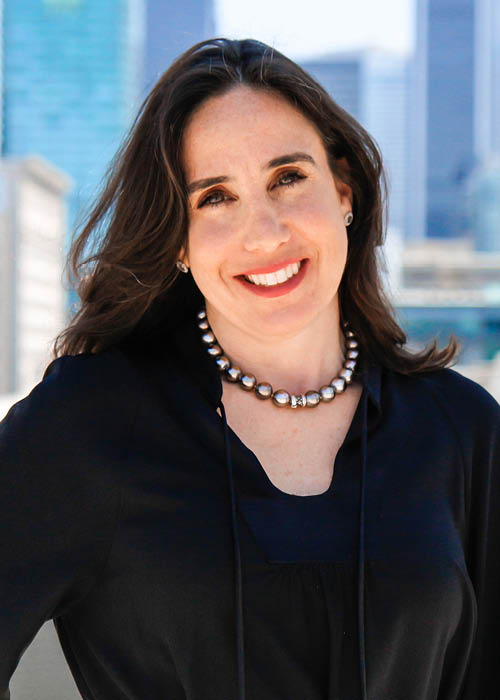 By Andy Gensler
In her sixth season as the Los Angeles Clippers’ president of business operations, Gillian Zucker oversees all of the Clippers’ business functions and then some.

As if it weren’t enough to head up development of the team’s Inglewood Basketball and Entertainment Center (slated to break ground in 2021) alongside Clippers owner and chairman Steve Ballmer, as well as the Clippers’ CourtVision digital broadcast product, the franchise’s Agua Caliente Clippers G League team, and partnerships with brands from connections app Bumble to LA-based tech company Honey, Zucker recently had another “little project” nested under her purview.

“The talented team at The Forum has created a world-class live entertainment venue, and we are committed to building upon that reputation,” Zucker stated in May when Ballmer paid $400 million for the 17,500-seat arena. The building was the No. 2 grossing venue at $84.5 million with 840,205 tickets sold on VenuesNow’s 2019 Top Stops chart for capacities of 15,001-30,000.

While it’s unclear how the Clippers’ new arena and the Forum, less than a mile apart with more than 35,000 seats between them, will complement or compete with each other, the potential is enormous with coordinated programming among music, sports, family shows and far more in the country’s second largest market.

Its location across the street from SoFi Stadium reshapes Inglewood into a live entertainment district to rival LA Live in downtown Los Angeles.Though the Clippers made an inglorious exit from the 2020 NBA playoffs after jumping out to a 3-1 second-round series lead over the Denver Nuggets, Zucker still built the team’s success, fandom and bottom line.

The Clippers received a number of the NBA’s 2019-20 honors, including the New Full Season Award with over 3,000 new full season tickets sold, leading the NBA in new full season equivalents; the Individual Ticket Award, with sales of over 3,000 single game tickets per game and sellouts for every game; and the Category Yield Award as one of the top three teams with the most revenue from the top 25 industry categories.