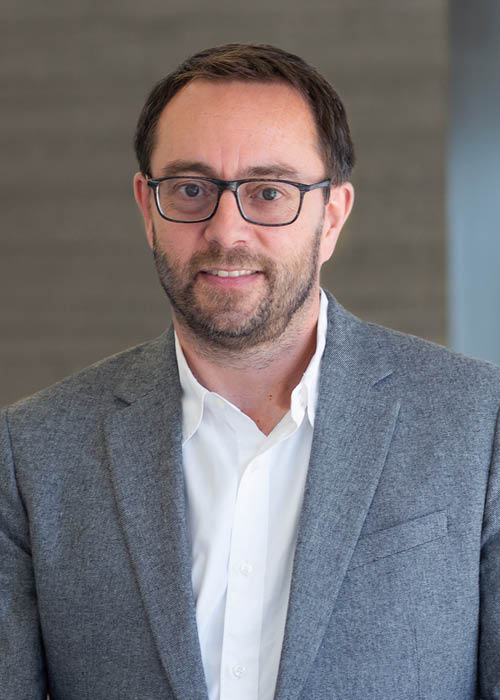 By Don Muret
Sports architect Jonathan Emmett has his hands full in Austin, Texas, with three projects under construction.

Emmett, a principal and design director with Gensler, is working on the new Major League Soccer stadium and practice facility for expansion team Austin FC, plus Moody Center, the University of Texas’ future basketball arena.

The British native moved his family from Los Angeles to Austin in the summer of 2019 so he could be closer to those developments, all three of which broke ground over the past 12 months. For Emmett, it proved beneficial considering Gensler’s travel restrictions during the pandemic. Most of the Gensler design team members involved in the three projects work out of LA and are not able to visit Austin regularly, he said.

Emmett spends most of his time working on the two soccer projects. The $240 million stadium and $45 million practice facility are both on a fast track to open next spring, pending the start of the MLS season.

He fills a supervisory role on the $340 million arena project, now set to open in June 2022.

In Yorkshire, England, Emmett grew up around the construction industry. His father was a surveyor and worked on rebuilding Bradford City FC’s stadium after it caught fire during a 1985 match, killing 56 people.

Emmett came to the U.S. to attend graduate school and completed an internship with the old Ellerbe Becket, where he met Ron Turner, now Gensler’s sports practice leader.

They both moved to NBBJ, where Emmett helped design NFL stadiums in Cincinnati and Philadelphia, as well as Staples Center and a pair of Major League Baseball parks in Milwaukee and Seattle, among other projects.

Eleven years ago, Emmett and Turner joined Gensler to form a dedicated sports practice for the global architecture firm.

Over the past decade, Emmett has seen arenas and stadiums play a greater role in people’s lives by improving the fan experience and anchoring the redevelopment of cities overall with mixed-use projects.

“Back when I started in sports, people showed up at these buildings, went in and sat down, watched the game and left,” he said. “Now, it’s truly become this whole day experience. These buildings are attracting such a broad range of fans to events.”