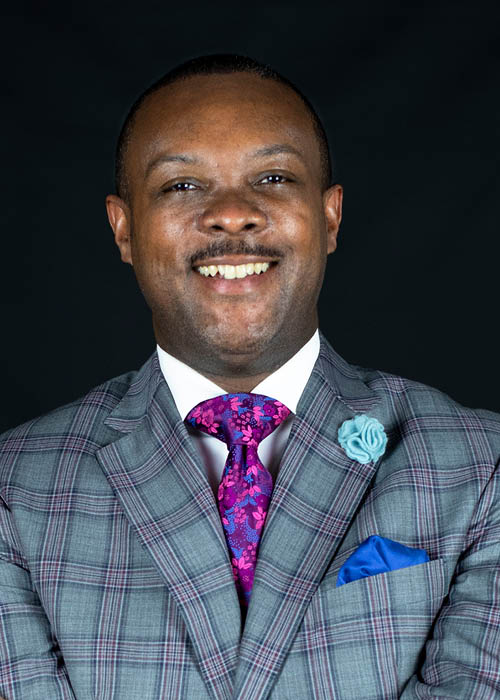 Most recently, construction has finally begun on the FUSE District in Gastonia, N.C., which includes a multiuse stadium, and the city has been approved for a baseball franchise in the independent Atlantic League. Cole said that project has been in “gestation” for 10 years, but the development of his relationships over the years have culminated in the ability to see these things through as circumstances change.

“I love competition. A lot of times we won’t get a shot because we’re a small firm, people will say ‘They haven’t done this or that.’ Give me a chance to compete and we will show up,” Cole said.

Cole is not kidding when he says he likes to compete. He spent his own money to put together an unsolicited ballpark concept for the Kansas City Royals to construct a new facility in downtown KC, gathering input from local business owners and presenting his design ideas.

“I had somebody tell me one time, ‘No one ever got fired by hiring (a major architecture firm).’ That was a lightbulb to me. There’s a lot on the line when you are talking about $3 billion facilities. Yes, somebody is going to lose their job if they make the wrong decision. But give me a shot. That’s why we pushed out the Royals concept. At the end of the day, nobody is going to call me and say, ‘Jonathan, do you want to design the Royals’ new ballpark?’ For me, I’m at a point in my career where we were intent on showing people what we could do, and I spent the house money to do it.”

Over the years Cole has worked on many projects, including the renovation of Oracle Arena, now Oakland Arena, and Oakland-Alameda County Coliseum in Oakland, Calif., during his time at design firm HNTB. At Pendulum, he designed CoolToday Park, the Atlanta Braves’ spring training facility in North Port, Fla., with Fawley Bryant. He credits the many people who invested their time and support for giving him the momentum to continue advancing in his career.

“I never look at myself and say I’m ‘successful,’ but I would be nowhere today without the impact of people in my life who have really helped me along,” Cole said. “You don’t just wake up one day and say, ‘I’m gonna go design ballparks’ and then get projects. It just doesn’t happen. It takes influence from people that will vouch for you. Somebody like Chip Moore of the Braves, who I know has had conversations with other MLB CFOs and said, ‘If you’re looking for someone who is really engaged and gets the business side of this, you should talk to Jon.’

“Probably my most important mentor is Henry Stickney, former CEO of (the old) Mandalay Baseball Properties. I logged 200,000 miles per year (on airplanes) with that guy. When you look at minor league baseball, Mandalay probably had one of the biggest impacts on the game from a conglomerate standpoint. Look at the records they broke with Fifth Third Field (now Day Air Ballpark) in Dayton, Ohio. A Single-A Midwest League team sold for tens of millions of dollars, they made a major impact on the game. For me to be around when all of that was happening was pivotal in my career. The Colonel (Stickney) taught me to look at design in sports facilities from a performance standpoint over just architecture. Analyzing every seat in the house, its experience and offering, in terms of inventory.”

Cole acknowledges the industry still has issues with representation and believes it is largely an issue of access, and that it is crucial that small firms like his at least get a chance to compete for contracts in order for the field to become more diverse.

While pursuing all of his projects, Cole has also been publishing a series of studies about the direction of public assembly spaces after COVID-19 since the industry shut down in March. He has surveyed colleagues, mentors and friends about challenges the industry will face as it moves toward recovery and questions about practice, approach and possible new strategies. He plans in the coming months to touch on player perspectives, wayfinding and security protocols, and food service.

Overall, he is excited about the direction of live events after COVID, particularly as it relates to technology.

“Think about the technology for (SoFi Stadium’s) new video display,” he said. “If we saw that 10 years ago you would think ‘You’ve gotta be kidding me.’ Even now, we have that reaction to it. But I think there’s a next level of how fans interact with the game digitally and there’s lots of people out there in the industry that are going to start pushing that even further.”