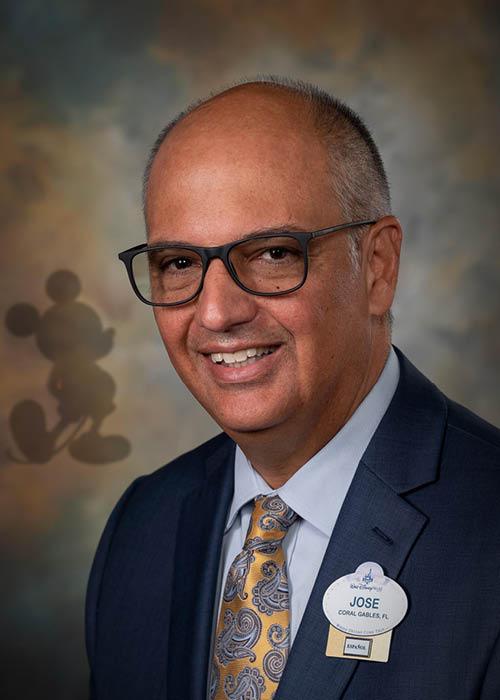 By Andy Gensler
“I never thought I’d have to build a laundry facility,” said Jose Mola, who can still laugh after 3 1/2 months of successfully overseeing this year’s massive operations at ESPN Wide World of Sports at Walt Disney World.

The 220-acre facility not only hosted the NBA bubble during the completion of the league’s season and its postseason — with 22 teams, over 1,300 people and a reported $170 million investment — but for a month the sports complex also was the site of the MLS Is Back Tournament with 750 players and 500 MLS staff for 51 matches between July 9 and Aug. 11. This meant Mola and his team contended with dozens of daily challenges—clean uniforms among them.

“We have a batting cage at the sports complex and converted it into a laundry facility,” Mola said. “Each team had three washers and three dryers to launder their uniforms. You can’t just pick up 66 washers and 66 dryers at the corner store. And it has to be laundered by an equipment person from the team because uniforms are so precious. You have to go through a whole procuring process and the procuring team was amazing in making it happen.”

Part of Mola’s success, in addition to his team, stems from being a “lifer” with Orlando’s top attraction. “My first job with Disney was the launch of Disney Cruise Lines back in ‘96,” Mola said. Since then he has had no less than seven positions with Disney, including managing operations at Downtown Disney; transportation, labor and logistics; and general manager of two of Disney World’s resort hotels.

“Working for a company like this gives phenomenal opportunities to do very different things, and our company rewards people who are able to move around and lead in different environments,” Mola said.

Having institutional knowledge and the ability to listen to his team helped Mola pull off one of the live industry’s most notable successes in these challenging times. In addition to laundry facilities, this included building out 18 basketball courts (the complex had seven to start with) and a broadcast compound “the size of an Olympic broadcast compound” and inventing new sanitization tools to turn courts over in minutes instead of hours.

The NBA “somehow built a bubble that is better than anything our government could come up with,” “Weekend Update” co-host Colin Jost said on the Oct. 3 edition of “Saturday Night Live.” “Instead of stopping the bubble when the season ends, why don’t they just slowly expand it until it covers the whole country?”

“I heard about that,” Mola said when asked about the segment.

“The NBA was out in front of this with their use of science in how they approached everything,” he said. “Our scientists and entire safety team at Walt Disney World was on the ground floor with this thing from the bottom up. All the protocols we’ve established for our parks and resorts helped make sure we were consistent with everything we did.”

Mola said that the company’s primary focus has always been to keep a safe environment for all its guests but that “during the time of the pandemic, it’s a whole new level. A lot of credit goes to the NBA, their policies and procedures for everyone in the bubble, whether you’re a member of the media, a team, NBA staff or a lighting person. They were meticulous in planning and execution to make sure it went off flawlessly.”

As an executive of Hispanic origin, inclusivity and diversity are of paramount importance to Mola. “I’m fortunate to be the executive for our business enterprise resource group for Hispanics. It’s called HOLA,” he said. “We have a lot of work to do. The Hispanic community here in central Florida is almost a third of our population and a huge percentage of our cast members are Hispanic, so how we work with that community to make sure the group is represented the way we should be throughout the organization is a passion of mine.”

Inclusivity for Mola is also personal. “My parents came from Cuba and I was born in the U.S. but raised in a very Cuban culture with my parents and grandparents,” he said. “I heard something recently that’s fascinating: People raised in multicultural households look at problems differently because they’ve seen different ways of solving things, whether it’s the food we eat, how we approach issues or the world around us. Those things enable people to think of things differently and move things forward and look for other solutions. It’s a wonderful benefit, and hopefully our society embraces it more going forward.”