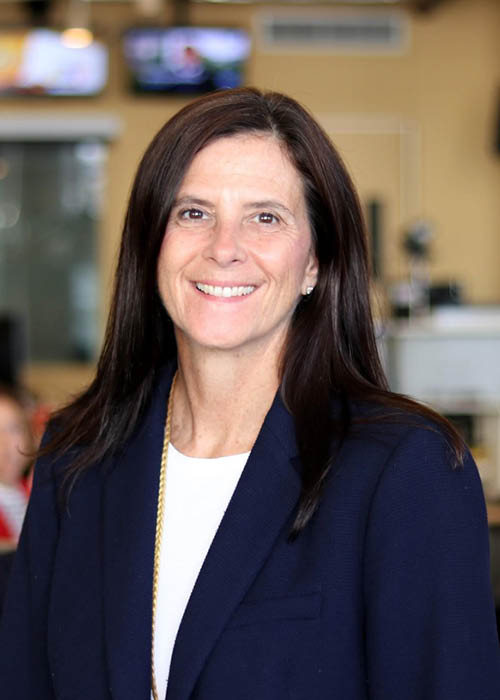 By James Zoltak
What the National Women’s Soccer League under newly installed Commissioner Lisa Baird pulled off — staging the monthlong Challenge Cup in a bubble at Utah’s Zions Bank and Rio Tinto stadiums at the start of summer after the novel coronavirus pandemic forced the postponement of the season’s start — made the NWSL the first U.S. professional league to return to live sports.

Baird, who oversees all NWSL operations with a focus on growing revenue and audience while boosting the league’s global profile, was the longtime marketing chief at the U.S. Olympic and Paralympic Committee before spending a year and a half at New York Public Radio. With the USOPC, she helped bring in nearly $1 billion in partnership agreements and increased sponsorship royalties by more than 30%.

The Challenge Cup, which went off June 27-July 26 without a single positive COVID-19 test result, averaged a league record 653,000 viewers for the championship match, beating the mark set by the Challenge Cup opener. Since resuming its season, the league recorded its third most viewed match, with 495,000 taking in the Sept. 19 game between the North Carolina Courage and the Orlando Pride via broadcast partner CBS.

The league also notched its most viewed stream, on Twitch, with 651,000 viewers for the Sept. 30 match between Portland Thorns FC and the OL Reign, based in Tacoma, Wash. About half of the Twitch viewers were from the U.S.

The league has also partnered with Verizon on the 2020 Verizon Community Shield competition to donate $50,000 to community partners chosen by the league’s teams.

An alumna of Penn State University, where she earned bachelor’s and MBA degrees, Baird has with her team negotiated the continuation of pay and benefits with the NWSL Players Association through 2020. During the Challenge Cup, the league announced that Los Angeles would get an expansion team.

Baird, asked after the Challenge Cup whether other league commissioners had reached out to her for advice, said, “I’m a 20-week rookie and these are 20-year commissioners. I doubt they’d need my advice.” Given her start with the NWSL, her phone may be ringing soon enough.