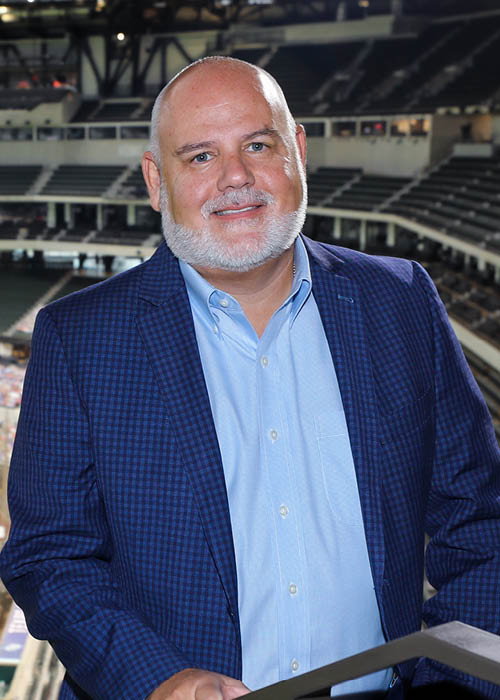 Work hasn’t slowed for Mike Healy during the shutdown of big league venues across North America.

Healy, senior vice president of venue operations and guest experience for Major League Baseball’s Texas Rangers, is running two stadiums next door to each other. They’re both in operation this fall, a rarity across the sports landscape considering many buildings are closed because of the pandemic.

In Arlington, Globe Life Field, the team’s new $1.2 billion retractable-roof facility, was set to host MLB postseason games, including the World Series. The neutral site format had both teams protected in a bubble, similar to other sports.

One thing is different, though: MLB is permitting up to 11,500 fans to attend the World Series.
Across the street, Globe Life Park, the Rangers’ old home, has been converted to a football and soccer venue. Texas high schools and some out-of-state schools booked close to 20 games at the ballpark through early November. Up to 8,000 fans are permitted to attend those contests.

The World Series presents a prime opportunity for the Rangers to showcase MLB’s newest jewel after the American League team played 30 home games in an empty building during the regular season. The retractable roof provides flexibility to play games both indoors and in an open-air setting, a driving factor for MLB choosing Globe Life Field for the Fall Classic, Healy said.

Texas Live!, the entertainment complex that sits between the two ballparks, is another asset. It reopened in the past several weeks with COVID-19 safeguards in place. The bars and restaurants showing the games on television will give fans that can’t get World Series tickets a taste of the event’s excitement.

“We have had some great crowds over there for college football and with the Dallas Stars in the Stanley Cup Finals,” Healy said. “A few times, it had to be closed down for capacity with people waiting to get in.”

Healy’s career path to becoming a stadium manager started in the parking lots.
After graduating from Michigan State University, he worked for the Big Ten school’s department of public safety as a manager of its parking system. In the mid-1990s, Healy filled a similar role at Arizona State, where he got to work the 1996 Super Bowl at Sun Devil Stadium as the NFL’s parking manager for the event.

In 1997, Healy and his family moved back to Michigan after he got a job with Olympia Entertainment as vice president of civic relations and event logistics. He worked his way up to become the Detroit Tigers’ vice president of operations at Comerica Park, a job he held for 13 years.

With the Tigers, Healy worked about 18 months with Rob Matwick, who went on to become the Rangers’ president of ballpark operations in 2008 and, six years later, president of business operations.

The Rangers hired Healy in January 2019 as vice president of ballpark operations and guest services before promoting him to his current role in January.

Healy said his venue operations skill and experience played a key role in getting the Rangers job. Matwick recognized the intangibles Healy brought to the position, specifically his dedication, commitment and loyalty. There’s a comfort level between them, Healy said.

During the pandemic, teams must form a new comfort level with protective measures as fans slowly return to attending live events. Apart from baseball, the Rangers have held 61 high school graduation ceremonies at the new park to get a feel for post-COVID operations.

“A lot of facilities are hurting right now and it’s something everybody wants,” Healy said. “I truly believe you get a different appreciation for having fans in the ballpark instead of cardboard cutouts. In our business, it’s about creating memories.” 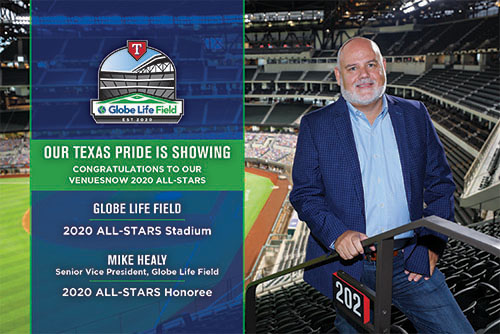