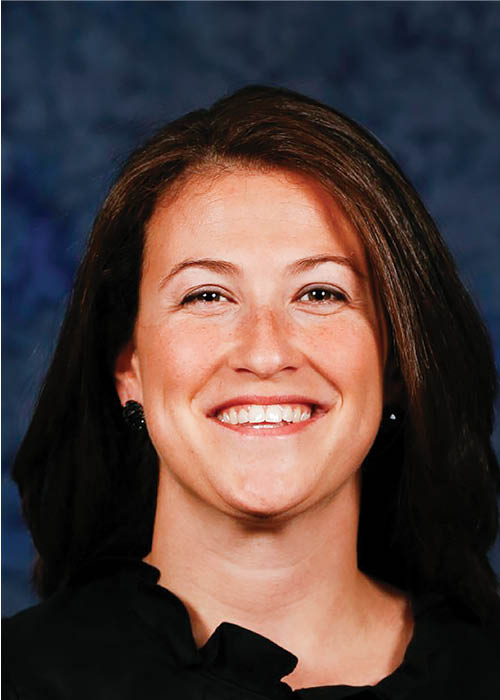 Helping Others Make the Climb

From bookings and promotions to the building side, with an assist from engineering school

Input: computer science and mathematics degree. Output: GM gig at a major league venue.
Just like Amanda Mann planned? Not quite, but sometimes your passion doesn’t match what’s inscribed on your college diploma.
Mann oversees events and operations at the Rose Quarter, Portland’s 35-acre sports and entertainment campus, which includes Moda Center, home of the NBA Trail Blazers; Veterans Memorial Coliseum, the team’s former home; an outdoor venue, Theatre of the Clouds; and an exhibit hall.
Earlier in life, her planned destination was less Portlandia, more Orlando: She entered Vanderbilt University intending to get a biomedical degree. “I wanted to go into animatronics,” she said. “I would be an Imagineer at Disney World. And then I took Chem I and Chem II and said, “This is not for me.’”
Helping put together a high school battle of the bands had been fun, though, and when Mann walked up to the student concert committee table at the university’s organization fair, she couldn’t turn down the offer. “They were like, “Yeah, join our committee and you get a free ticket to a show and free T-shirt, and I was like, “Sweet! Sign me up.”
Mann stayed in the engineering school but switched majors. She led the concert committee as an upperclassman, brought in acts like Tori Amos and Better Than Ezra, and packed The Roots into her SUV for a ride to from the airport to their campus show.
After graduation she began making her way on the booking and promotions side of the business, working on Music Row and then for Creative Artists Agency in Los Angeles and Clear Channel Entertainment (now Live Nation) in Texas. Through Brian Greenbaum at CAA and Bob Roux at Clear Channel, she connected with agents, promoters and building managers.
By the time she moved to the building side for a role with Houston’s Toyota Center and the NBA Rockets in 2006, she’d created a broad network in the industry. After reaching assistant GM, she left in 2016 for Portland.
With multiple buildings to look after, “There’s never a dull moment,” she said, “and being in Portland is also just a unique factor that I hadn’t expected.” The city’s quirky hipster rep has of late been overshadowed by clashes between federal agents and protesters in the streets, but those have occurred downtown, southwest of the Rose Quarter across the Willamette River.
Mentorship is important to Mann, especially when it provides “the ability for marginalized groups to climb the ladder and get into executive positions.”
“Giving people — whether women, people with disabilities, people of color and especially women of color — the opportunity to have a seat at the table, to know how to interact at that level, and give them the experience to be able to get there is extremely important,” she said.
While they wait for events to return, Mann and her staff are getting the two arenas ready for life beyond COVID-19, outfitting restrooms with touchless features, she said. The arenas are also going cashless, and those systems will be in place when the crowds return.
Mann’s degree in computer science and mathematics? It hasn’t gone to waste. “Being on the building side, I can have a conversation with our engineers. I don’t always know what they’re talking about, but I like to think I know more than most,” she said with a laugh.

First job in the business?
My introduction into “the business” was being a member of the Vanderbilt University Concert Committee essentially being an unpaid stagehand and working merch. In exchange I got a free T-shirt and a free ticket to the shows (tickets were only $8). I went on to head up that committee junior and senior year. That’s when I knew I wanted to pursue the music industry. I was willing to do it for free and miss whatever I needed to to make it happen. I changed my major knowing I was headed for a career in the business.

Biggest career/business success?
My greatest career success is being a working mom in this business. I wouldn’t be able to have the work/life harmony I have without the incredible team of people I am surrounded by at work and my amazing husband and kids who support me at home. The team I get to work with at the Rose Quarter and Trail Blazers are the best around, fully committed to the fans and our clients, but even more so to each other. I hope I, and other successful career women, can show young women who want kids and a career that it is possible to have both. (Credit to Kim Stone for the phrase “work/life harmony.”)

Mentors?
I am most grateful for a group of women who are there when I need them whether it’s asking for advice or a virtual happy hour at the end of a hard week (and vice versa). They are not only mentors but friends … Mel Raines, Kim Stone, Erin Schnieders, Amy Latimer, Donna Julian and Michelle Powell. I would not be where I am without them. I also believe that executives should be intentional about mentoring people of color, and especially women of color. It has become clear that my mentorship world is not as diverse as it should be, so I am working on that.

Technology most affecting work or personal life?
What technology isn’t affecting my work and personal life might be a better question. I don’t know how my household would survive without laptops, iPhones and iPads as well as apps for meetings, books, learning tools, etc. The amount of technology we are exploring for the arena in order to welcome fans back when it’s safe is endless. It’s a bit overwhelming but also very exciting.

Favorite meal?
I really miss sushi! My family hasn’t deemed it safe for takeout yet. Besides, my 7-year-old is an expensive date … she LOVES Alaskan salmon!

Last live event attended before shutdown?
March 11, 2020, we had a sold out Tool concert going on at Moda Center. Shortly after doors, the NBA announced the suspension of the season. Our crisis management team worked for several intense hours, and then we walked over to watch the rest of the show. I remember looking at the crowd and thinking, this may be it for a while. I had no idea how long that would turn into.

Plans for the rest of 2020?
On the work front, there are still a lot of unknowns and a lot of planning and modifying of plans that need to continue to evolve. On the personal front, we are just trying to make it through each day in one piece, maintain our sanity and keep our daughters happy. We are going to enjoy the beautiful Portland summer and hope to go camping at some point. We are also trying to figure out what school is going to look like in the fall. Our extended family is spread out in Texas and Pennsylvania, and I want to believe we will see some of them before 2021. 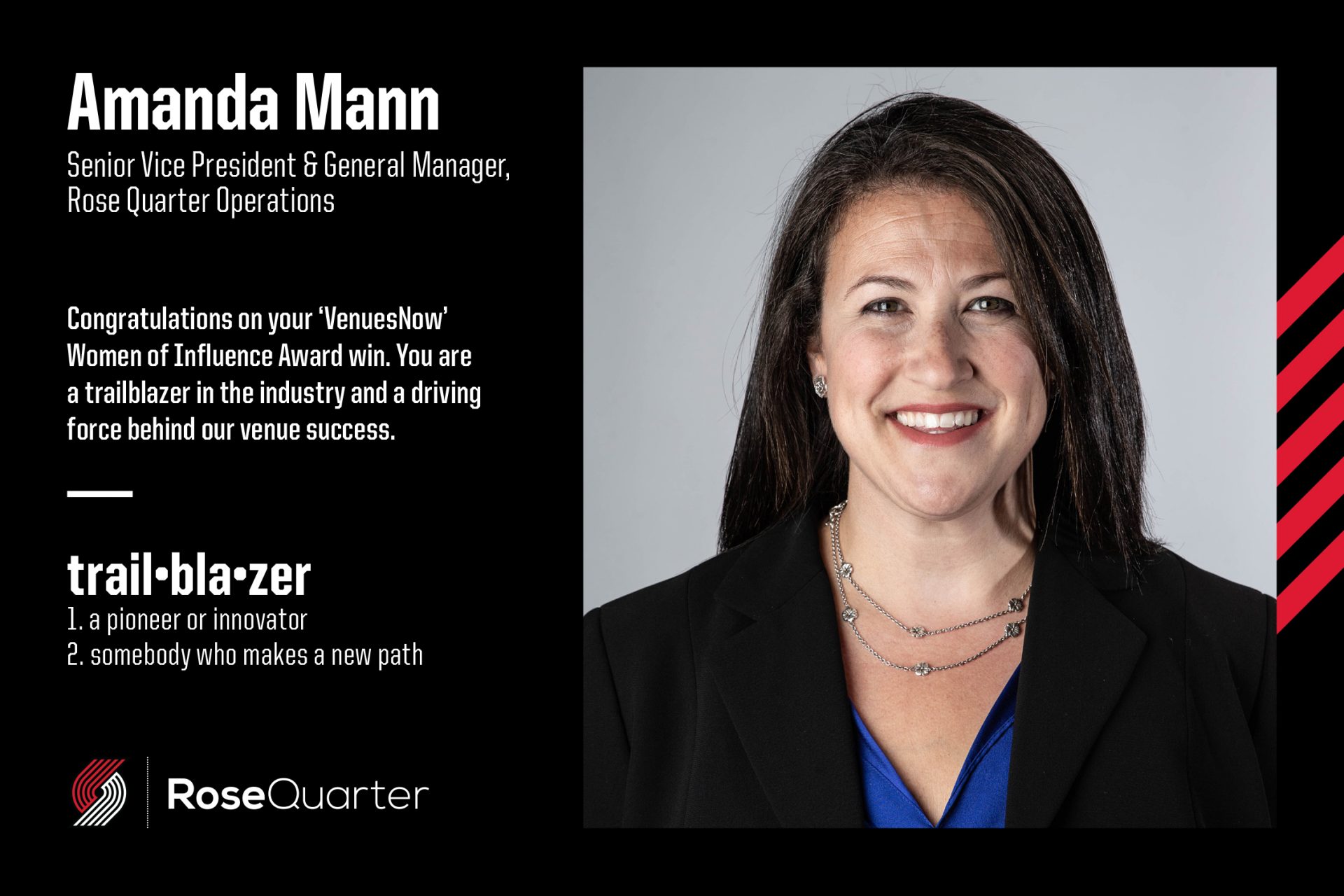