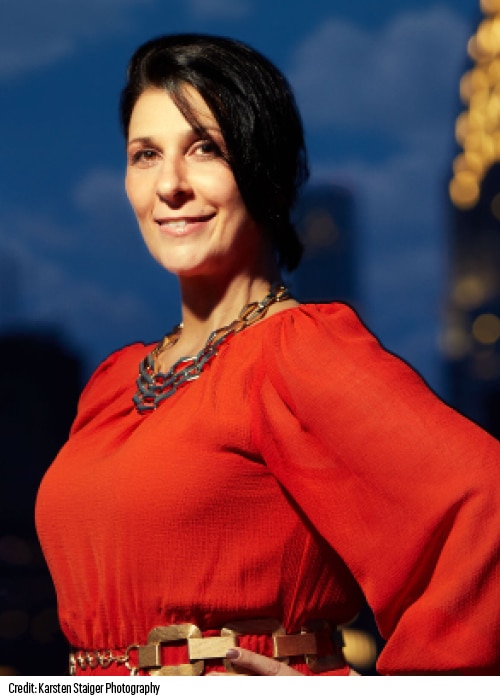 After a stint in politics, CBA founder discovered a more fulfilling path to success

Making a career change can be difficult, as is jumping ship from a prestigious booking agency to start your own.

Christine Barkley, the founder, president and CEO of Creative Booking Agency, has successfully navigated both challenges.

“I had to utilize every skill to make the transition, and once you make that jump you have to build on your skills and work as hard as you can to make it a success,” she said. “The beauty of the work I do now is that it doesn’t feel like a job.”

A boutique agency, CBA has an international reach, specializing in general management and touring activities of performing artists, exhibitions, institutions, special attractions and theatrical productions. These cross all genres, from Broadway to dance, music to theater.

With a background in political science, Barkley first worked in New York City government alongside council members, lobbyists and lawyers.

“I was young and wanted to change the world,” Barkley said. “But then I saw bureaucracy and red tape and realized it’s hard to effect any substantive change.”

She soon realized a job in government wasn’t checking the boxes. It was during this time that she reconnected with her love of sports.

“As a kid, I was involved in five sports, then played competitive volleyball overseas on a team sponsored by Pepsi,” Barkley said. “I had to sit down and figure out my passion.”

She decided to follow her love of sports and become an agent. Barkley began by going to the library, researching every sports agency she could find and wrote letters to get interviews.

This led to her first job in her new career at DFP Entertainment, where she packaged, produced and booked shows starring Ringo Starr, Roger Daltrey, Peter Frampton and The Monkees.

“With no background, all I had was drive,” she said. “I’d come into work and get a 20-page list of things to accomplish for shows. It was like the A-to-Z list of building a show on paper to debuting at Radio City for three nights, and I was only there for one year. That’s the beauty of working in a small business.”

During this time, she built up her network, going to Pollstar Live! for the first time. Barkley’s goal was to connect with those in the sports industry, but she came away knowing her heart was in entertainment.

She had the opportunity to join Columbia Artists Management Inc. as a senior agent, a big shift that allowed Barkley to cut her teeth learning the business. During her time there, she was promoted to vice president, booking the Berlin Philharmonic, Boston Pops, Cirque Éloize, Marvin Hamlisch, Renée Fleming and Anne-Sophie Mutter, among others.

Seven and a half years later, Barkley was courted by Los Angeles’ Agency for the Performing Arts.

“They wanted me to move to LA, but I’m a New Yorker at heart, so they said if I came over, they’d reopen their New York office,” she said. “I joined the agency in 2006 as vice president and head of the New York office and built their theatrical and performing arts business.”

When Barkley left to open CBA in 2011, her roster of more than 20 artists came with her.

“When you’re at a big agency, you feel like its moniker is important,” she said. “But when I stepped out of the shadow to go independent, it’s like I grew wings. It allowed me to realize that the relationships I built over the last 20 years were more important than the moniker I was associated with.”

First job in the business?
Packaging, producing and booking shows for DFP Entertainment.

Mentors?
The first people I met at IEBA: Keith Miller of William Morris; Ron Baird of CAA; John Valentino at AEG; and Bob Duteau at Live Nation. Another advocate was Frank McEvoy, who works in private equity in New York state. Also, Chris Baldizan from MGM Grand and Pam Matthews from IEBA are great mentors and friends.

Technology most affecting work or personal life?
My iPhone and computer are with me all the time. My phone doesn’t shut off at night.

Last live event attended before shutdown?
Right before the world imploded, I saw the Eagles at Madison Square Garden, which was amazing. The others were two of my personal shows, “The Greatest Love of All Starring Belinda Davids: A Tribute to Whitney Houston” and “One Night of Queen, Performed by Gary Mullen & The Works,” the latter of which was in the third week of a 16-week run when we had to cancel the tour.

Plans for the rest of 2020?
We’re in the process of rebooking tours, moving most shows to 2021. I’ve been praying and making sure my colleagues and venues survive. I’m looking forward to the future and concerts coming back in 2021.