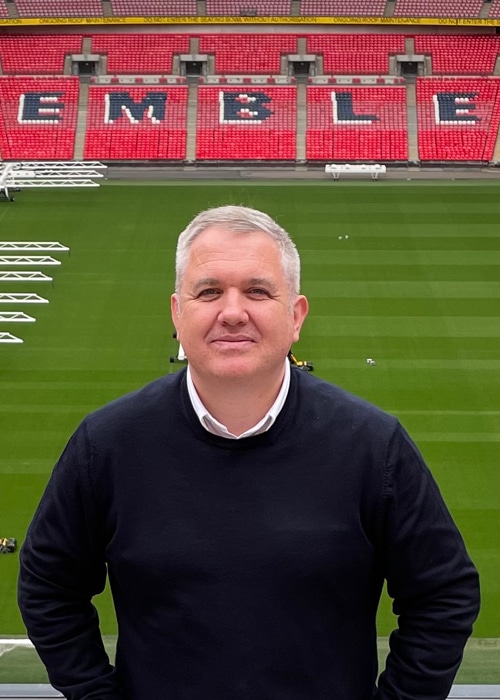 Wembley Stadium has been a certified concert venue for decades, a rite of passage even, thanks to its iconic name. It was the arrival of Liam Boylan in 2015 and his work in subsequent years, however, that made not just artists but the entire production crew feel welcome.

Having spent 13 years at SJM Concerts himself, the former Royal Air Force police officer knows what promoters want. To cut his predecessors some slack, let’s not forget that Wembley is a sports venue first and foremost. As such, it took part in the U.K. government’s Event Research Programme designed in reaction to coronavirus to study ways of bringing back crowds. “It was essential for us to be part of this because we wanted to help bring our sector back to life,” Boylan said.

The program included many stakeholders, such as local and regional government, Public Health England, and members of the stadium’s Safety Advisory, who all had to reach a common understanding of the new event parameters. “I have always shouted from the rooftops that our industry will naturally adapt to the processes and, in my opinion, in some cases deliver a better environment than other public sectors who had been back online for many months. Along with other venues across the country, we proved that and quickly assured those people in power that our industry was ready to switch back on,” Boylan said.

His team also played its part in supporting the local community during the pandemic. “We offered up our kitchens, resources and staff at the stadium to Compassion London, as they aimed to cook and deliver up to 20,000 meals a day to those in need,” he said. “We also made the stadium available for the London Ambulance Service to train firefighters from the London Fire Brigade. We’re events people, but we’re also humans and we’re really pleased and proud that we were able to form part of the astonishing collective effort to help others over the last 18 months. I know the news will often focus on the people who try to ruin and disrupt things. However, I can see past them and see the effort and sacrifice people made to make things happen.”

—————-
“It was essential for us to be part of (the Event Research Programme) because we wanted to help bring our sector back to life.”