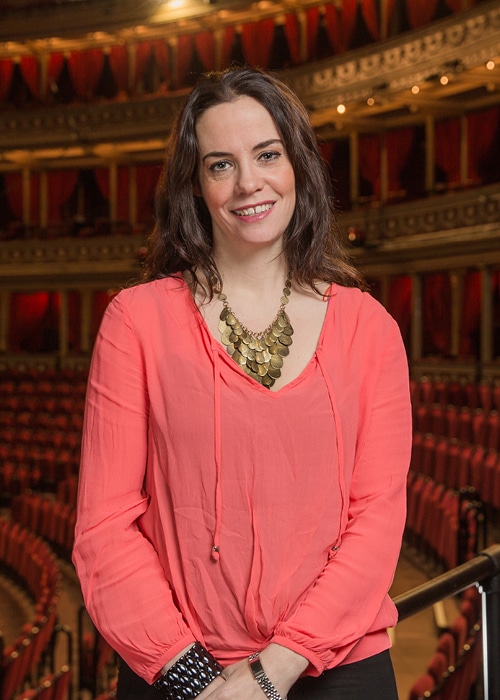 When the U.K. lifted capacity restrictions July 19, the Royal Albert Hall wasted no time. That same evening, it hosted its first full-capacity event since March 2020, David Arnold’s Circle of Sound. A historic occasion, as the concert also kicked off the hall’s 150th anniversary celebrations. “It was a big moment to finally be back,” said the building’s artistic and commercial director, Lucy Noble.

Chairing both the National Arenas Association as well as the newly formed venues subcommittee of U.K. industry body LIVE, or Live music Industry Venues & Entertainment, Noble has been incredibly busy. “We’ve been working with government and other groups to get back to putting performances on as well as giving support to other industry groups,” she said. “I have felt throughout this pandemic that governments don’t understand our industry and the value of it and that has been a real problem. Venues have certainly been set aside from other leisure activities and it was difficult for us when pubs were opened without restrictions, and we weren’t.”

The formation of LIVE has been “integral,” she said, as it has allowed the U.K. business to speak with one united voice. It played a crucial role in making sure the commercial music sector participated in the 1.97 billion-pound Culture Recovery Fund and received VAT reductions on tickets and business rate exemptions for venues, as well as a government-backed insurance scheme.

The original plan for Royal Albert Hall’s 150th anniversary saw celebrations beginning in November 2020 and lasting throughout all of 2021. Since those plans were cut short, Noble and her team decided to extend the festivities through 2023.

“We’ve had to forgo a few events that were planned, but there are some very exciting things to come, and we’ve been working with the chairman for our 150th committee, Neil Warnock, to get a great lineup on the stage over the coming years,” Noble said.

She reckons venues, not just the hall, will be busier than ever: “We’ve all rescheduled 18 months of events so there are lots of shows ready to go out there. For those who made redundancies, there is the concern of finding those who are skilled to work in our business. Many have changed careers during this period. Retraining will be required in many cases and the loss of those skilled workers is a real shame.”

The hall hosted a couple of things that might never have made it into its program had it not been for the pandemic. Famous London nightclub Fabric, for instance, hosted one of its Unlocked livestreams raising money for grassroots music venues at the building. Glitterbox transformed the main auditorium into a club stage and catwalk for a streamed event. It made Noble think about “how we enhance the hall’s live brand digitally as well as how do we make more money to pay off the large debts that we now have as a charity after the pandemic. The live performance and audience experience will always be the most important though and of course we’re excited to get back to it all.”

Lucy Noble has been with the hall for 20 years. In that time, but particularly since being promoted to director, she has been shaping the hall’s program, which includes a vast number of events, workshops, initiatives, charity causes and more outside the main auditorium, engaging the local community. Touching the lives of 200,000 people each year, the program now includes initiatives like the Songbook program, where musicians bring live music to care homes and hospices, as well as workshops for young people hosted by world-famous artists. She oversaw the start of a touring arm of the hall’s own productions and led the building into a new era producing and “own-promoting” about 20% of the calendar. Most recently she’s been “proud to have a voice within the music industry more generally and to represent with government.”

According to Noble, the closure of this historical treasure from 1871 has underlined “just how integral the live music experience is to people’s lives. The joy, energy and excitement of live performance is something that you can’t replicate in any other way, and that escapism has been sorely missed during this incredibly trying time. For me personally, one really positive thing is that I’ve made some great new industry friends during the pandemic: heads of other associations, other key venue people, agents, managers and so on — we’ve all worked together for the first time, and I’ve loved it. I hope that long continues.”