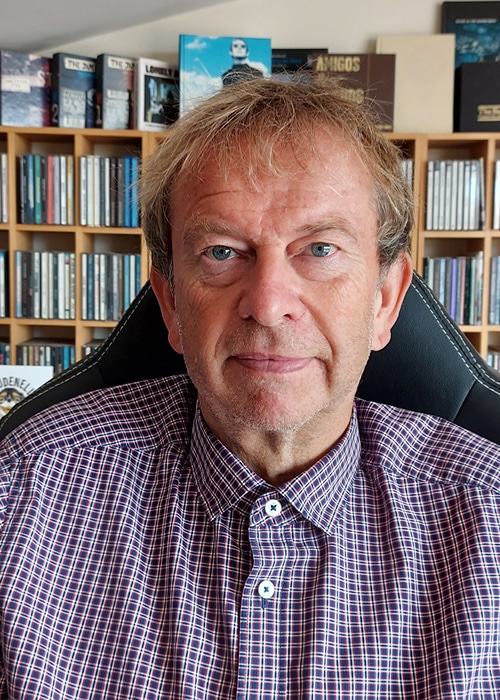 Mark Davyd lives for grassroots music venues. They’re not the most important thing in his life — that’s his family — but they come close.
Tirelessness, resilience, stubbornness, eloquence, decisiveness: just some of the qualities Davyd and his team have displayed during these past 18 months, when the precarious situation grassroots venues find themselves in even during normal times was exacerbated by the lockdowns. Davyd confirms that it has been “almost exclusive crisis mode for the last year, but this crisis was just a magnifying glass over existing challenges of sustainability, lack of resilience, a broken economic model and significant underinvestment across decades. So having stopped venues being permanently closed by this crisis, we are now reinvigorated to tackle all those issues.”

Davyd and his team galvanized thousands of people to step up for the venue they love: They found local coordinators who could talk to their respective councils about the realities these buildings are facing, wrote letters to landlords and authorities asking for rent or tax relief, and helped hundreds of venue operators apply for coronavirus relief funds. When the crisis hit, the trust launched the #saveourvenues fund and campaign, encouraging donations and creating dedicated websites for 500 grassroots venues that were facing closure. By September 2020, it was just one. Now that the U.K. is opening back up, Davyd feels “tired, sometimes emotional, sudden bouts of joy interspersed with righteous anger,” plus “occasional bouts of delirious happiness when someone sends me a video of a live music venue opening.”

“People who say it cannot be done should get out of the way of people doing it,” he said. “I lost count of the number of times that people tried to tell us that some venue closures were inevitable, and we should set a figure that was acceptable and would leave enough intact for the circuit to survive and eventually rebuild. We already set that target; it was zero. I don’t see any reason why grassroots music venues should be lost to this crisis, so we didn’t accept that they should be.”

—————-
“People who say it cannot be done should get out of the way of people doing it.”