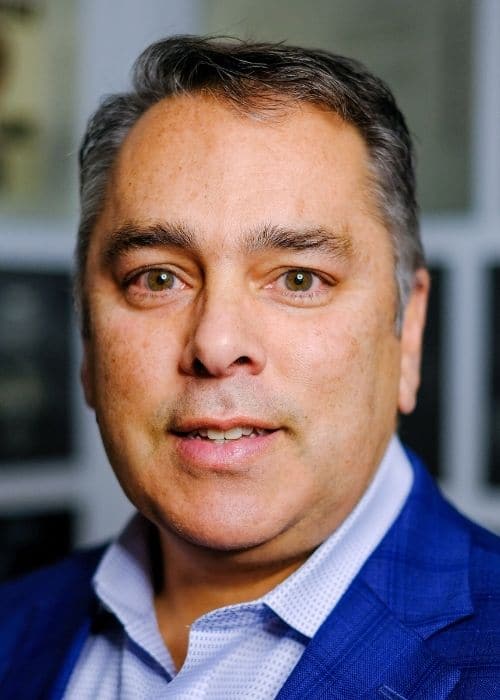 Making the world a safer place is a personal mission for Anil Chitkara of Evolv Technology, makers of artificial intelligence-powered threat detection systems used at live event venues.
He lost a close friend, his college roommate, who worked at Cantor Fitzgerald in the World Trade Center’s North Tower, on 9/11, and he attended the Boston Marathon in 2013, where his wife had finished running before two deadly explosions rocked the event.

Chitkara has served as Evolv’s head of corporate development since launching the company along with co-founder Mike Ellenbogen just a few months after the tragic events in Boston.

Before that, the Boston University and Tuck School of Business (Dartmouth College) grad had been a senior vice president at a business analytics software provider later acquired by Deloitte and was previously vice president at a company that offers augmented reality, industrial Internet of Things, product life cycle management and computer-assisted design solutions.

The challenges faced by Evolv when the pandemic took hold shuttered many of the venues to which the company markets itself, but as people began returning to live events, they did so with a new appreciation for safety and security. Touchless ticketing,
concessions and security screening became part of the customer mindset.

“It’s really dovetailed with the way we think about security screening,” he said.

On a personal level, Chitkara said that his connection to the terrorist attacks of 2001 and 2013 affected him deeply and that he and Ellenbogen, who were close to opening Evolv when the marathon bombing occurred, saw where things were heading.

“We realized anyone could be a threat, and then the security reaction to anyone becoming a threat is that everyone is treated as a threat,” he said. “The technology that was available at the time was these walk-through metal detectors and everybody had to stop, empty their pockets, have their bags looked at.”

With Evolv (as with competitor Patriot One) guests don’t need to divest their belongings and only those flagged by the system are subject to secondary screening, making for much faster ingress than with traditional magnetometers and wands.

In the course of launching the company, Chitkara and Ellenbogen spoke to 400 venue owners or operators, security professionals and operations folks and asked them about the threats they most wanted to detect, what kinds of systems they were using and what they wanted threat detection systems to do.

“What we heard is that they were concerned about explosives and firearms, they were detecting them with either walk-through metal detectors or manual approaches and the third thing they said, which was most interesting, was the vast majority of people coming into venues are not a threat … (and) are not concealing a threat. How can we let them all come in without stopping and screen them and only focus on those few people that might be a threat? The whole principle flipped from everybody’s presumed to be a threat to everyone is presumed to be innocent or not a threat until we identify them.”

By growing the business and raising capital, as the company did by going public through the special purpose acquisition company route, Evolv is able to pursue its mission and continue to develop its products to meet the needs of venues of various types and sizes.
“The capital that we raise allows us to really focus on all these different markets, get our product in them to keep them fundamentally safer,” Chitkara said. “There’s no reason that fans going to a game should feel more or less safe than kids going into a school, and so our mission is to make everywhere safer, and to do that we need to build the team and have the capital to execute that plan.”

As far as people who have influenced him, Chitkara cites the late Bill Copacino, a supply chain expert who rose to global managing partner of supply chain management at Accenture.

“He taught me just how valuable each person is and how you have to look at each person and understand what their strengths are and how to create an environment for them to be successful,” he said.

“Accenture at the time was tens of thousands of people, but he was looking at them one person at a time. I think that focus on people as an individual person and not people as a group really transformed the way I think about leading people and managing people.”

We realized anyone could be a threat, and then the security reaction to anyone becoming a threat is that everyone is treated as a threat.