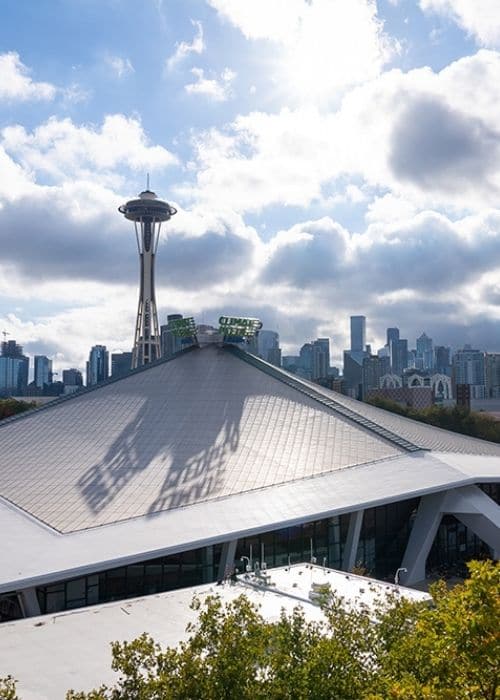 Climate Pledge Arena stands out for its mission to become the first certified carbon neutral venue in sports and entertainment.
As part of that commitment, the $1 billion facility became one of the most complicated projects in sports construction, which involved building a new 17,000-seat arena under an existing roof protected as a historic landmark.

It was a difficult task, but developer Oak View Group, which privately financed the project, made lemonade out of lemons, or in this case turned rainwater collected by the roofline into an ice surface for the NHL’s Seattle Kraken. (OVG is also the owner of VenuesNow.)

In Seattle, a technology hub, OVG is poised to fulfill fans’ expectations for game-changing gadgetry.

Delaware North Sportservice, the arena concessionaire, runs all grab-and-go marketplace locations with no belly-up stands except for portable carts.

Four markets feature Amazon Just Walk Out technology where patrons enter with a credit card or palm print, grab their items and walk out without stopping at a point-of-sale system for payment.
The triangle-shaped dual videoboards hanging from the ceiling above both goals are another industry first. It may be a gimmick, but arena architect Populous made a valid case for improving sightlines for those viewing the board, which in turn, brings value to the overall fan experience.

“There’s a lot of creativity, but also a lot of social issues with sustainability and diversity, which are part of more decisions than any project I’ve been a part of,” said Tim Leiweke, OVG’s chairman and co-founder. 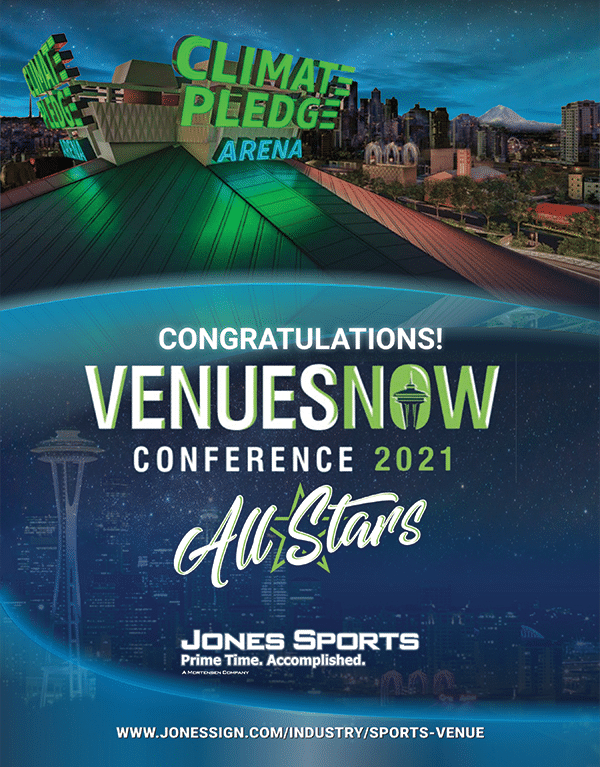