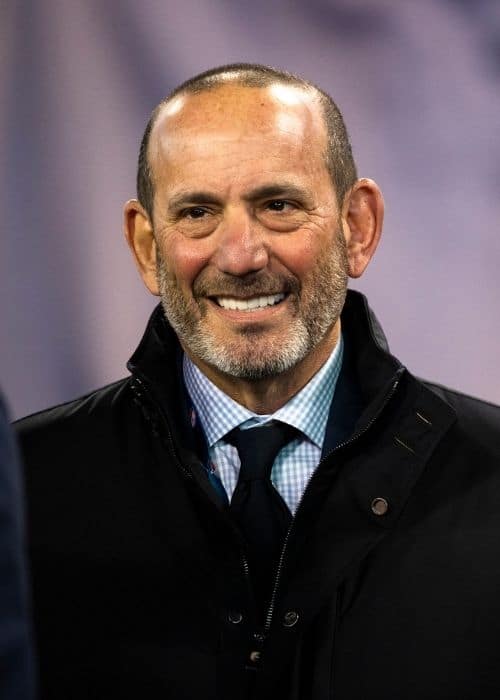 Don Garber occupied the cover of VenuesNow in September 2019 as a member of the first class of All-Stars, based on the ambitious drive in his league to build more soccer-specific stadiums for MLS teams.

A major part of that drive came to fruition this season, when ambitious and distinctive new stadiums opened in Cincinnati, Columbus and Austin to the delight of supporters in those markets. Thus, Garber finds himself an All-Star again.

Stand-alone soccer stadiums aren’t an iron-clad rule in MLS. The Seattle Sounders continue to find success at Lumen Field, an NFL stadium built in 2002 with location, the ability to handle large crowds, and a design that helps amplify the noise of raucous supporters on its side. More recently, Atlanta United FC settled happily into Mercedes-Benz Stadium, another NFL venue.
But in 2021, the spotlight is back on soccer-specific venues that each bring something new to the conversation. In Cincinnati, TQL Stadium has a cutting-edge LED display on its exterior that’s pleasing to the eye as well as to sponsors whose messages can be displayed there. In Austin, Q2 Stadium brings the noise, offering a variety of concert setups for a music-mad city that includes an amphitheater with a stadium club looking out on it. And in Columbus, the Nordecke supporters’ section is designed to intimidate — it has a capacity of 3,356, one of the largest in the league — but doesn’t dispense with the niceties — it has its own beer garden with views of the pitch.

Those venues join Allianz Field in St. Paul, Minnesota; Audi Field in Washington, D.C.; Banc of California Stadium in Los Angeles; and Exploria Stadium in Orlando, Florida, all built as soccer-first homes for MLS clubs in the last five years.

Think you’ve seen the last of Garber as an All-Star? New stadiums are under construction or in the works for Nashville, St. Louis and Miami, so don’t count on it.