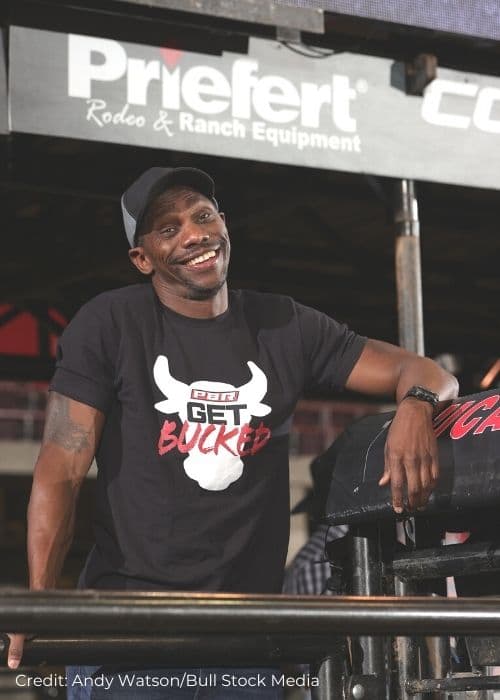 “The ability to provide an escape from our hectic realities is a responsibility that is not lost on me,” said Irby, chief marketing officer for the Professional Bull Riders. “The payoff is when I see a magical occurrence at the event, which sparks genuine high-fives, cheers, tears and hugs between friends, co-workers, strangers, families and others. I know we made a connection, and our curated experience was meaningful to them.”

PBR has been a leader in hosting live events while navigating the pandemic. Irby credits PBR’s staff, partners and fans for buying into the organization’s “Be Cowboy” spirit.

“Times of crisis are when you see people’s true grit. It’s very inspiring,” Irby said. “At the same time, a crisis also tests essential things like patience, forgiveness and taking care of your brothers and sisters. I greatly appreciate being part of a determined and resourceful team willing to do what it takes to persevere through challenging times.”

Plans for the year ahead include a new team series that will follow the individual rider tour as the second half of the PBR schedule, a programming partnership for the Cowtown Coliseum and Fort Worth Stockyards, moving the PBR World Finals to Dickies Arena in Fort Worth, and expanding PBR’s digital ecosystem and growing content deals.

Irby said he is surrounded by “awesome humans.”
“Without those humans making sacrifice after sacrifice to keep the industry moving, I don’t know if we would be here today,” Irby said.