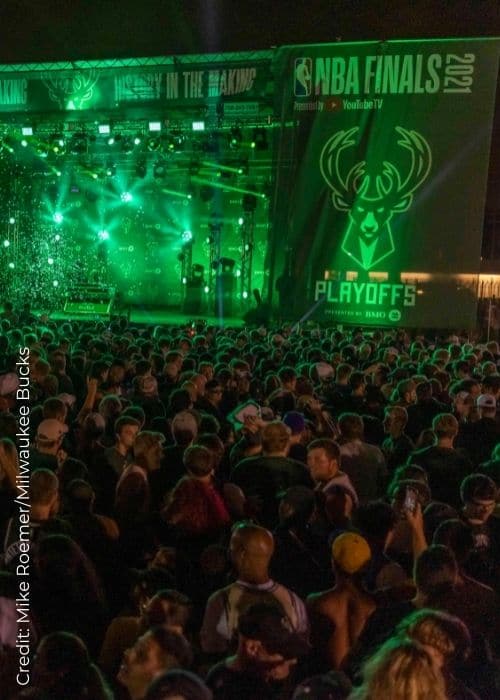 The perfect storm materialized in Milwaukee over the past NBA season.

The Bucks won their first championship in 50 years and the celebration spilled across the street from Fiserv Forum to the Deer District, the team’s 30-acre retail and entertainment complex.
Tens of thousands of Bucks fans filled the district’s bars and restaurants over the team’s playoff run, generating ancillary revenue for the team as well as Levy, its concessionaire and a partner in district eateries.

To be fair, there was risk involved during the pandemic. The district’s massive crowds resulted in a reported 500 COVID-19 cases.
The Bucks, city officials and law enforcement did what they could to develop a layout expanded to vacant lots downtown and create some separation, team President Peter Feigin said.

The good news is as the pandemic finally wanes, there are more projects on the horizon for the district, including a nine-story, 205-room Marriott Autograph hotel slated to open by early 2023.
Residential units, a movie theater complex and office space are also part of future Deer District elements.

“It’s a storybook narrative,” Feigin said. “In our wildest dreams, if we could build something that held 5,000 to 10,000 people and was a destination, we would have considered ourselves successful. Things accelerated with the rise of (league MVP) Giannis Antetokounmpo.” 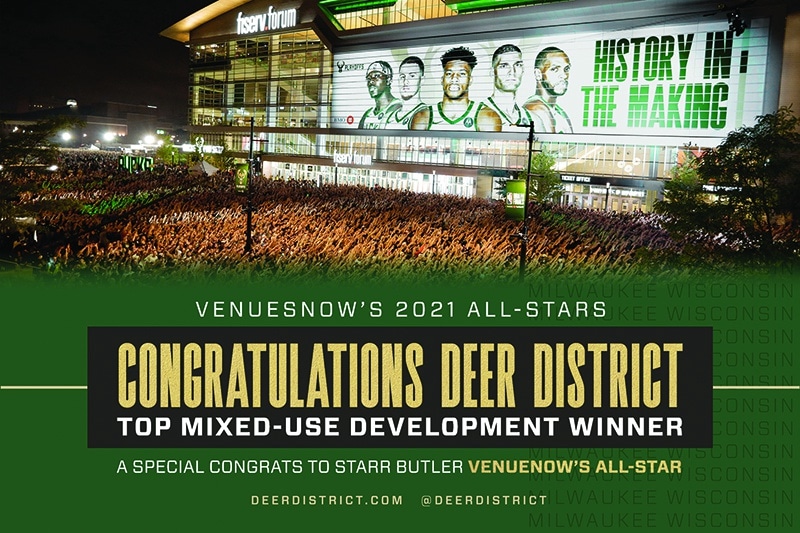