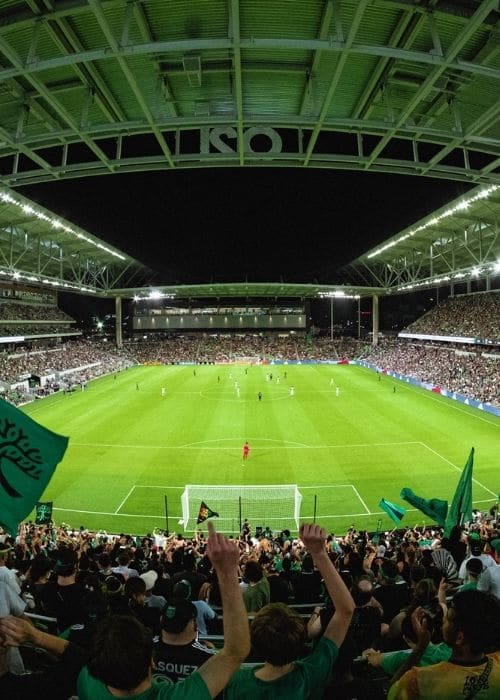 As a member of a strong 2021 class of three new MLS venues, Q2 Stadium set itself apart through its planners’ attention to music.
The Q2 opened June 16 and immediately took its place in Austin’s vibrant music scene thanks to an innovative amphitheater, Live Oak Park, on its east side that shares the Captain Morgan Club with the stadium. The club’s terrace looks out over the 2,500-capacity terraced lawn.

The Captain Morgan Club is a ticketed club space during Austin FC matches, but it opens its doors after the final whistle to all ticket holders. That allows more fans to take advantage of the terrace for postmatch shows like one by local favorites the Night-owls that followed an Austin FC victory Oct. 24.

Add to that the ability to do full or partial capacity shows in the stadium, which holds 22,000, and Q2 becomes an A1 option for a variety of concerts.

Let’s not forget the soccer, either. In addition to Austin FC, which just finished up its first season at the stadium, the U.S. national women’s and men’s teams had both played matches there by the end of July.