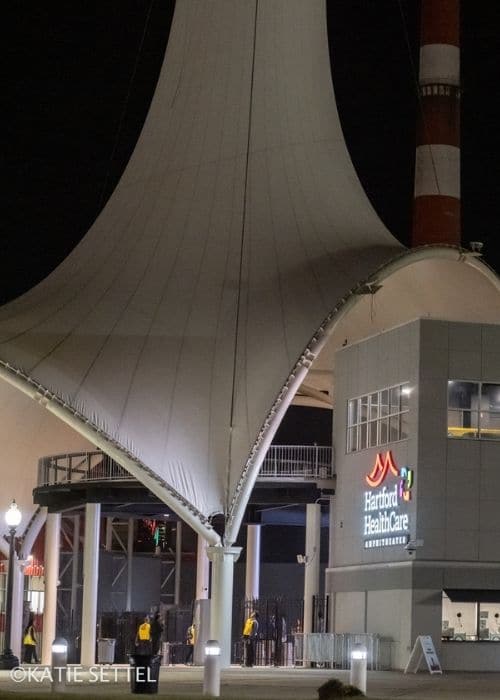 The state of Connecticut has cornered the market on sports facilities converted to live music venues with Hartford HealthCare Amphitheater in Bridgeport and Westville Music Bowl in New Haven.

The new venue got a lot of positive feedback from patrons attending 20 concerts after it opened in late July.

The classic rock package of REO Speedwagon and Styx kicked off the calendar. REO was an appropriate choice for opening night: The group recorded its debut album 50 years ago at a Bridgeport recording studio, according to local reports.

A few years ago, Koplik had a vision for turning the stadium into a seasonal concert facility after the old Bridgeport Bluefish moved to North Carolina and left the facility without a primary tenant.

Developer Howard Saffan, former president of Webster Bank Arena next door to the ballpark and owner of a construction company, teamed with Koplik to get a deal done and finance the project.

The city-owned building fits the need for a midsize summer concert venue in Bridgeport, Koplik said.

Koplik’s goal is to fill the venue with 75 events from May through October, including 30 concerts.

“We’re trying to improve the image of Bridgeport,” Koplik said. “It’s the largest city in Connecticut and it’s going to do a lot for both the city and the arena next door.”