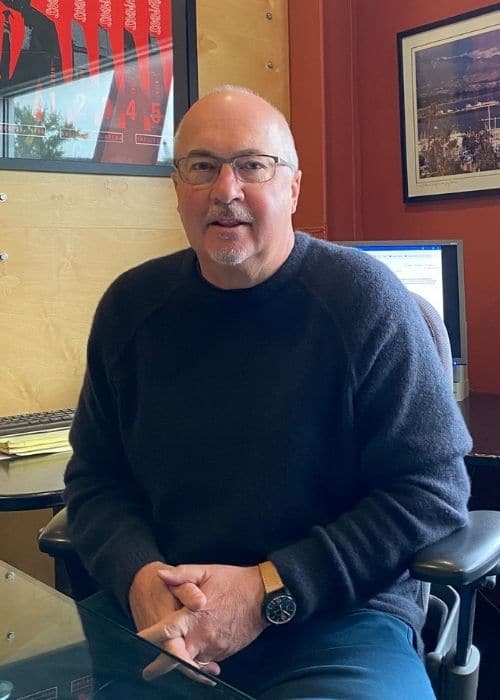 At age 16, Scott Stienecker attended a Kiss concert that changed his life — and for reasons beyond the great set that the quartet played at Ohio State University’s St. John’s Arena.

“That’s what made me want to be in the industry,” Stienecker said. “Not just the show, but the production of who’s actually putting all this on is what blew me away.”

The concert bug had bitten Stienecker, who put on shows as a student at Bowling Green and later Ohio State, and eventually fell in with Bill Graham, landing an internship promoting shows in California in the early ‘80s.

“I was addicted,” Stienecker said wistfully.

When Stienecker returned to Ohio, he learned that Columbus’ Agora Ballroom was set to close and intervened, assuming control of the club, rechristening it Newport Music Hall, and making it the centerpiece of his new promotion company PromoWest Productions. (In 2018, AEG acquired a controlling stake in PromoWest.)

Such bold venue moves have defined Stienecker’s career. In 1994, he opened Polaris Amphitheater with Belkin Productions and Sunshine Promotions so Columbus residents wouldn’t have to trek to Cleveland or Cincinnati for shed shows. When Robert Sillerman and SFX rolled up the venue in 1997, the rumor spread that Newport Music Hall was also on Sillerman’s shopping list.

That scenario didn’t come to pass – PromoWest still operates Newport – but it spurred Stienecker to devise a “smaller Polaris outdoor and a bigger Newport indoor” venue that hybridized the two.

In 2001, he opened PromoWest Pavilion (now Express Live!), which featured a 2,300-capacity indoor space and a 5,200-capacity outdoor one, and was a quick hit. Pittsburgh’s similarly sized Stage AE opened in 2010 and, in August, PromoWest opened a third such venue, PromoWest Pavilion at Ovation, across the river from Cincinnati in Newport, Kentucky.

The “800-pound gorilla” of AEG helped Stienecker continue construction of the facility even during COVID-19, and the cessation of touring allowed him to focus on the venue, which made minor improvements to its two predecessors, including slightly larger capacities, and furthered entrenched PromoWest’s regional clout.