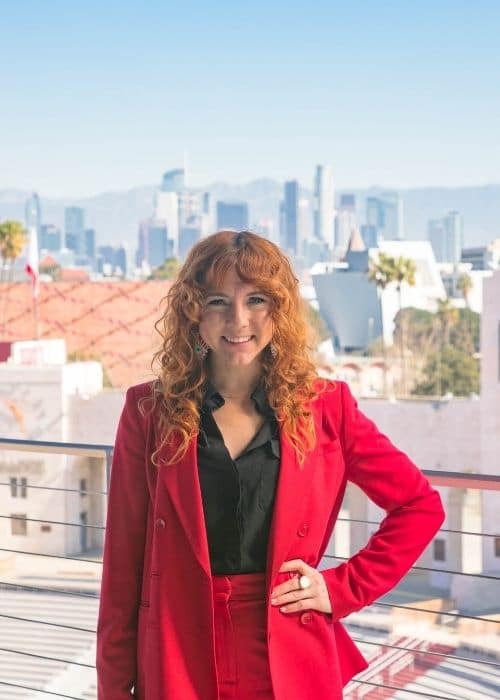 Director of Booking and Partnerships

When Teresa Guy came on board as director of booking and partnerships at the Los Angeles Memorial Coliseum in March 2019, the venue was just completing a $300 million renovation. As if that wasn’t challenging enough, the renovation debuted in August 2019, just a few months before COVID-19 reared its ugly head.

“We made the most out of the following year and took steps back to see how we could use the space smarter,” Guy said.

This need for a smaller-capacity space resulted in a rebranding and repurposing of an outside area adjacent to the Coliseum. With a general admission capacity of 10,000, The Torch is distinguished by a grand plaza with an arch in the center, six arches on each side and 24 columns around the Memorial Court of Honor.

Following The Torch’s kickoff concert, the Uproar Hip Hop Fest featuring Lil Wayne on Aug. 13, a ring was constructed for New Japan Pro-Wrestling the next day before the venue welcomed 4,000 fans for a Major League Soccer event featuring Kaytranada and Big Boi on Aug. 24.

Guy’s stellar career has served her well in making the most of challenging situations. She started in radio in San Diego, working for a CBS affiliate out of college before moving to Los Angeles in 2007 and working for Nederlander Concerts under Alex Hodges.

She moved to New York City in 2010 to work with Steve Martin at the Agency Group. “Steve said he’d make me a full agent if I left with him,” Guy recalled. “So I joined him for three years at APA in the college division, which was a heavy workload.”

She not only is looking forward to showing off the “brilliance of the Coliseum since its renovation,” but also celebrating its 100-year anniversary. 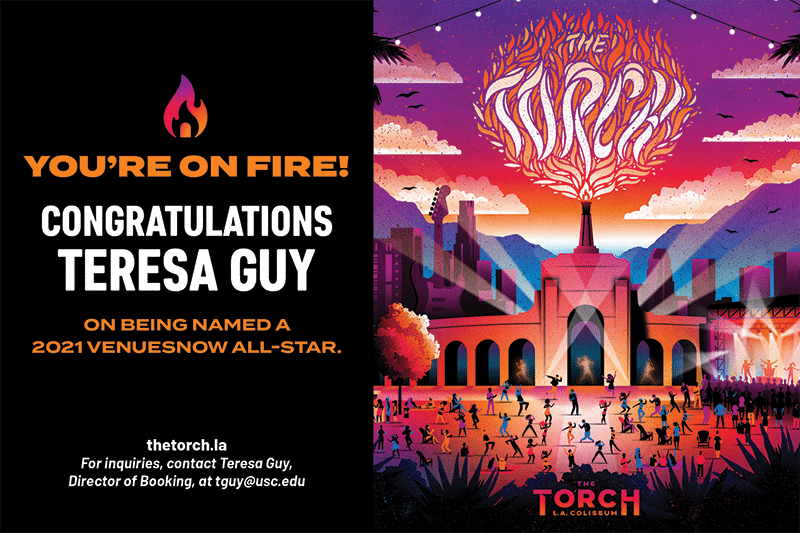