I noticed it the first time I attended a Women of Influence reception, in 2019: the buzz, the excitement, the camaraderie, the pride. It was strong and unmistakable, to the point that I nearly forgot to be nervous when I got up to speak,

That was my real introduction to the power of a program that dates back to 2007 at Venues Today, one that has been a cornerstone for the publication and a source of enthusiastic engagement among its readers, especially those who are honored or hope to be someday.

This year, Women of Influence becomes Women of Live as we align the program with a similar one at our sister publication, Pollstar. It’s part of our effort to have these two brands work together better and offer more value to everyone who reads one or both of them. We’ve made some other changes, too: increasing the number of honorees, allowing former winners to be honored again, and having the editorial staff select the list rather than counting up subscriber votes.

And you’re right: It ain’t broke. We don’t think of these changes as fixes, though, but more as enhancements.

Increasing the number of honorees recognizes the growth of women in positions of importance and (dare I say) influence in the live industry. Everyone would agree that those numbers aren’t where they need to be, but we have more candidates to pick from than ever before, and we want to take full advantage.

Those added slots mean that we can in some cases recognize previous winners who have stepped up their game to an even higher level. And moving to staff-selected lists gives us the freedom to discover worthy honorees from sectors that may not make up a large chunk of our readership but still help drive the live biz.

Women of Live has the heart of Women of Influence plus a longer invite list. And speaking of invite lists: missing another honoree reception was part of my COVID-19 regret list from 2020. We hope to restart that tradition soon and properly welcome to the club our 2020 and 2021 winners. It will be the biggest party yet.

On Thursday, March 25 at 2:00 p.m. ET / 11:00 a.m. PT Pollstar and VenuesNow will host an expanded Women Of Live Digital Session featuring a fireside conversation with Women of Live cover honoree Judi Marmel, co-founder and president of Levity Live, in conversation with comedian, television host, actress and author, Loni Love. This conversation will be immediately followed at 2:30 pm PT / 11:30 am PT by a power-packed Women of Live Roundtable moderated by 2020’s “Women Of Live” cover honoree Ali Harnell, President of Live Nation Women with six highly accomplished executives representing different live sectors. To view the Women of Live Fireside Chat as well as the Women of Live Roundtable, participants must register for the webinar.

CLICK HERE TO REGISTER FOR THE WOMEN OF LIVE DIGITAL SESSION

THANK YOU TO OUR 2021 WOMEN OF LIVE SPONSORS 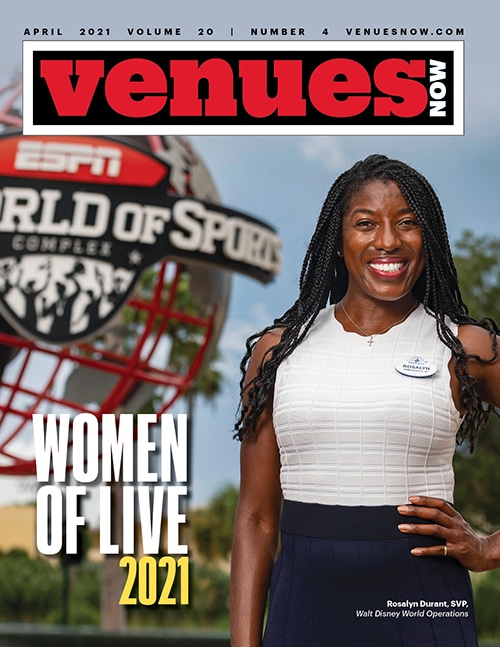 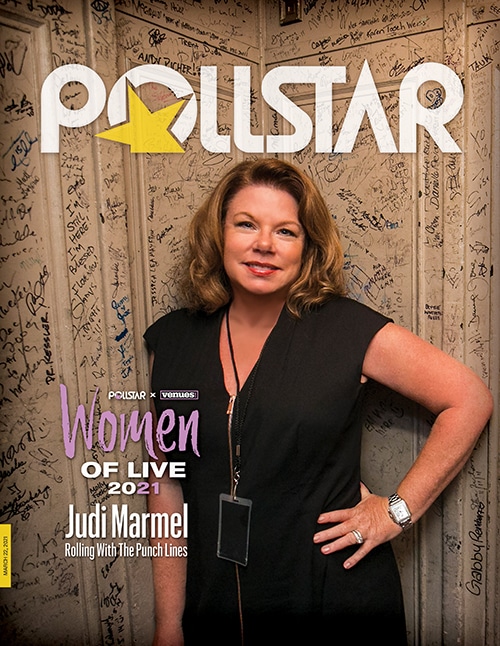 Director, National Center for Spectator Sports Safety and Security, and Professor of Sport Management, College of Business and Economic Development

Director of Talent Logistics and Scheduling

GM and SVP of Live Events

President of Development and Construction

Diversify the Stages/Fitz & The Tantrums

EVP of Planning and Development

Partner and Co-Head of Hip-Hop/R&B