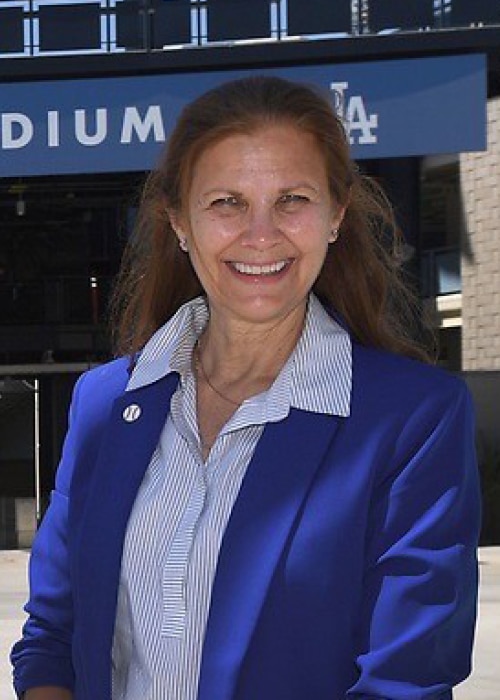 EVP of Planning and Development

“It was bittersweet finishing up a project and having to say goodbye to our architects, engineers and construction workers without having a moment to celebrate,” said Smith, the Los Angeles Dodgers’ executive vice president of planning and development.

“We’re looking forward to doing it (this season), but it won’t be quite the same as the moment when you catch a breath at the end of a job,” Smith said.

Presenting the World Series trophy and championship rings to the team will take some of the sting out of last year’s situation after the Dodgers won Major League Baseball’s crown in a shortened 60-game season.

For Smith, it will be the fourth championship ring she has received over her career. She filled a similar role for the Boston Red Sox at a renovated Fenway Park when they won the World Series in 2004 and 2007, and the Atlanta Braves employed Smith when they captured the trophy in 1995.

In that instance, she also served as vice president of Turner Sports and Entertainment Development. She helped convert the 1996 Olympic Stadium into Turner Field, where the Braves played for 20 years before moving into a new ballpark.

For the past eight years, Smith has worked for the Dodgers, where she reunited with Stan Kasten, the team’s president and CEO. In Atlanta, Kasten was president of the Braves from 1986 to 2003.

Smith’s career as a ballpark developer dates to the late 1980s when she helped the Baltimore Orioles design Oriole Park at Camden Yards, a signature project that launched the concept of building new ballparks in urban centers with a retro look matching the city’s infrastructure.

Thirty-plus years later, Dodger Stadium is getting the same treatment as Smith and her crew develop refreshed spaces without interfering with the original design theme at what is now MLB’s third-oldest venue behind Fenway and Wrigley Field.

It’s a job in which multiple women play key roles for keeping the venue’s integrity intact, according to Smith.

Emily Walthouse, project supervisor, and Tahlor Cleveland, coordinator, are both part of the Dodgers’ planning and development department. Both have been with the team for about four years and Smith was instrumental in hiring them.

In addition, local architect Brenda Levin was part of the design team. Levin has had her own practice for over 35 years and is well known in Southern California for advocating the preservation of mid-20th century buildings.

Smith said her firm was a perfect fit for Dodger Stadium, which opened in 1962.

The landscape architect for the outfield project was Mia Lehrer, founder and president of Studio-MLA.

“While I don’t see their names on these lists, when I look at the renovations at Dodger Stadium since 2012 under Guggenheim ownership, our list of designers, engineers and construction managers are full of women in professional firms,” Smith said.

Smith would like to see a time in the future when women working in sports business isn’t considered a novelty.

“I’ve always felt that the more this became less of a thing, the better,” she said. “I love seeing these lists being promoted and seeing all those names are on there and how little overlap there is.”

“When I started working in sports, it seemed like it was a pretty short list,” Smith said. “Maybe one day it won’t be something we feel has to be singled out to celebrate, which would be even better.”

Smith was fortunate to have women as mentors during her first two jobs in New York. While still in college, she worked one summer for Katie Carton Hammer, vice president of marketing for The Eggers Group.

After graduating with an architecture degree from Mississippi State University, Smith returned to New York, where her boss was Amanda Burden at Battery Park City.

“There’s no doubt that having women as role models in my early professional world was a very important touch point,” Smith said. 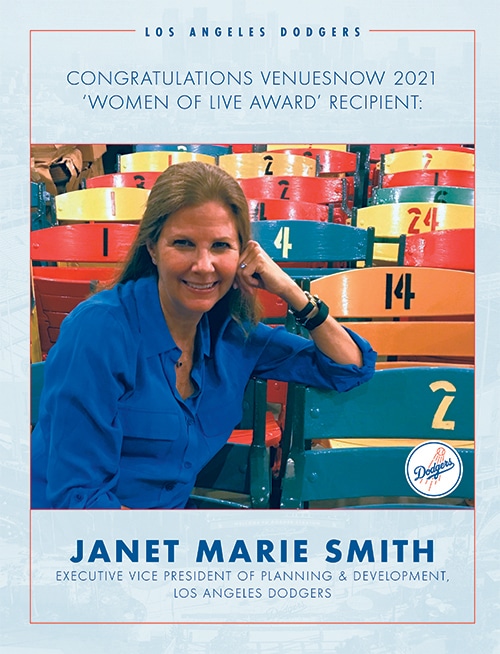