A Community Feel For FC Cincinnati 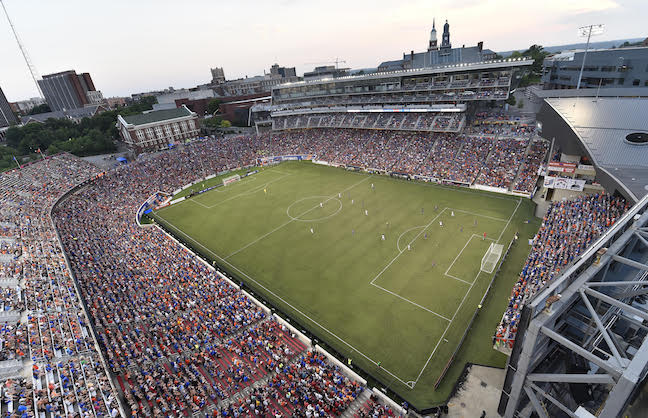 FC Cincinnati, which will move from the United Soccer League to Major League Soccer next season, is playing its games at the University of Cincinnati's Nippert Stadium until its new home opens in 2021. (Brett Hansbauer / FC Cincinnati)

The site for the $213-million stadium changed over the past nine months to the city’...