Alamodome Pleased With Per Cap 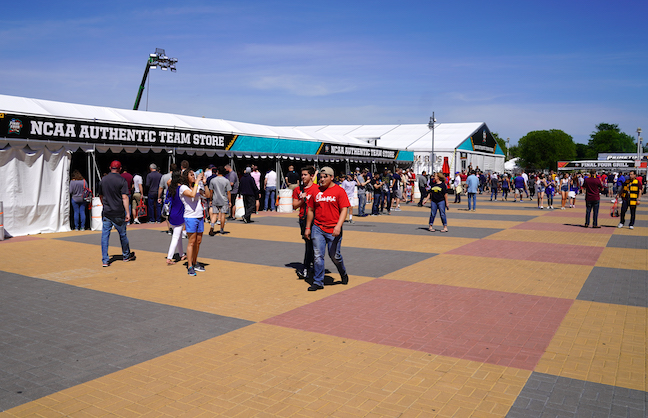 Shifting the primary merchandise sales area off the concourse and outside the arena "was a key move for us," Alamodome General Manager Nick Langella said. (Courtesy Alamodome)

The NCAA Final Four generated a per cap of $18.56 for food and drink at the Alamodome. It’s a solid number considering that the NCAA prohibits alcohol sales in public spaces at the event, its men’s basketball championship, said Nick Langella, the stadium’s general manager.