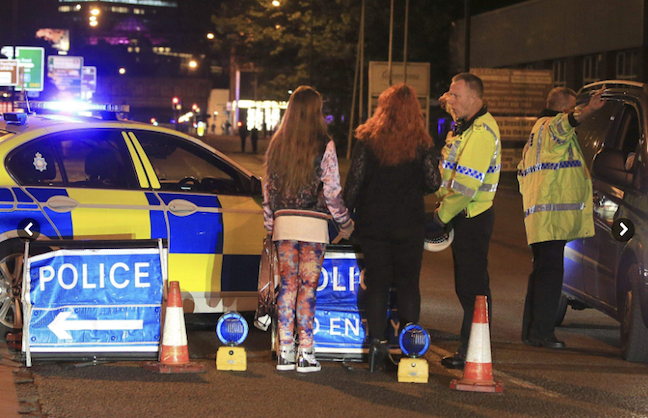 Venue operators around the globe are being vigilant in the wake of the May 22 terrorist attack outside the Manchester (U.K.) Arena that killed 22 people and injured more than 100 following an Ariana Grande concert.

In North America, venue operators are reassuring patrons and the media that they are taking all possible precautions and, given the parameters of the Manchester event, expanding venue perimeters to take into account the public areas in the footprint of the building.

Prevent Advisors’ VP of Security Mike Downing, a former LAPD deputy chief and commanding officer of the Counter-Terrorism & Criminal Intelligence Bureau, said that the sophistication of the attack in Manchester, including the location and timing, “indicates some pre-operational surveillance and planning as part of the attack cycle.” Given that such surveillance likely took place, Downing encouraged venues operators and security personnel to “keep an eye out” and “profile behavior, not people, behavior that is suspicious, that has the nexus of crime, or pre-operational planning.” In the case of Manchester, “this [surveillance] could have been done days, weeks or even months in advance.”

Among the defensive strategies and counter-measures Downing suggests are “counter-surveillance strategies, looking outward at the perimeter,” along with the use of zoom cameras focused on potentially vulnerable areas and times, decoy law enforcement cars, and Vapor Wake dogs. And even though the Manchester attack was a suicide bombing, Downing stresses facility and security personnel be mindful of other tactics employed recently, such as vehicle ramming of public areas, small arms attacks, other IEDs and vehicle bombs, and the use of drones.

While reports of ticket refunds are virtually non-existent, some venues are responding to the Manchester attack by banning backpacks, conducting interior and exterior canine sweeps, and increasing engagement with law enforcement. And, though there is talk of some artists, agents and managers asking for (and receiving) reassurance as to security levels, no shows have been canceled in North America.

For the most part, the already heightened post-Bataclan security profile for North American venues is just heightened even more, and venues are communicating, working together, and sharing best practices.

“This was a recent occurrence, but this is not a new process,” Downing pointed out. “We are not dependent on these incidents to trigger security, it’s an ongoing process, planned, consistent, and constantly curated.”

Nick Eaves, chief venues and operations officer for Maple Leaf Sports & Entertainment, which includes Air Canda Centre, Toronto, agreed. “These sorts of things are in our mind all the time. We didn’t make radical changes [because of the most recent, high profile terrorism attack].”

But he is working closely with Toronto Polict Service, particularly in the public space known as Maple Leaf Square around Air Canada Centre, which includes restaurants and residential towers and is next to a main rail station. Like Manchester, it is a downtown setting “we don’t own or control,” Eaves said, but the Toronto police work closely with the arena when events occur.

“The evolving piece [of security protocols at the arena] is resource sharing with the Toronto police,” Eaves said.

Lee Zeidman, president, Staples Center, Microsoft Theater and L.A. Live, Los Angeles, is also dealing with an urban environment, a campus that includes other theaters and clubs, the Los Angeles Convention Center, hotels, retail and restaurants. You can only extend the perimeter so far and “we are not a military installation,” he said.

But they are doing everything possible to ensure the safety of guests and clients, “first and foremost in ‘see something, say something,’” he said. “We’re big on that.”

AEG also sees to it that in-house security and Los Angeles Police Department (LAPD) personnel are visible in and around the campus, well beyond the arena doors.

“It’s a matter of education and visibility,” Zeidman said. “We host thousands of people on a nightly basis. We’re no different than a mall or movie house. We have to stay vigilant, be aware and train the staff.”

AEG, LAPD and other security staff have weekly meetings and are up on the latest innovations in security protocol, he said. He has taken a renewed interest in an app the LAPD instituted in December of 2016 called “I watch,” which allows citizens to report unusual activity to the police.

Post attack, Grande has canceled the European leg of her Dangerous Woman tour through June 5, where she was due to play at Hallenstadion, Zürich, Switzerland.

Barnaby Hooper, communications director at 02 Arena, London, where Grande was supposed to play two back-to-back shows on Thursday, May 25 and Friday, May 26, confirmed the cancellation.

“We just got word. The London shows are canceled,” he said Wednesday night Greenwich Mean Time. “Ticket holders for the London shows should contact their point of purchase for a refund.”

Grande’s official statement: “Due to the tragic events in Manchester, the Dangerous Woman tour with Ariana Grande has been suspended until we can further assess the situation and pay our proper respects to those lost. The O2 shows this week have been canceled as well as all shows through June 5 in Switzerland. We ask at this time that we all continue to support the city of Manchester and all those families affected by this cowardice and senseless act of violence. Our way of life has once again been threatened, but we will overcome this together. Thank you.”

Hooper said that two Iron Maiden shows, scheduled for Saturday, May 27, and Sunday, May 28, were likely to proceed, albeit with heightened security measures.

“We will have a proportionally increased, very visible police presence,” he said.“We have a very tight security process anyway and this had previously been enhanced with metal detectors and bag searches already in place.”

Hooper also said that they are asking all those coming to The O2 to allow extra time for enhanced security checks.

Sportpaleis, Antwerp, Belgium, which was to be Grande’s next stop after The O2, has similar plans. “We will increase our security for the next shows,” said Jan Ean Efbroeck, one of the managers of the Sportpaleis, who also said that, “we will start a campaign to assure our guests that they will be safe here at Sportpaleis.”

Efbroeck and Hooper both said it was too early to assess the financial impact of losing the Grande shows, and that all the ticket buyers would get refunds. “I believe we have insurance for an event like this,” said Efbroeck. Hooper was unclear if The 02 had similar event-cancellation insurance.

THE COST OF TERRORISM

As previously reported in VT Pulse (May 23 special report), entertainment insurance premiums related to live events are likely to increase. “I haven’t heard about an immediate impact on premiums but, typically, when an event like this happens, the market gets fearful and limits terrorism coverage while increasing costs,” said Paul Bassman, president/CEO of Ascend Insurance Brokerage.

Bassman said a “wide range” of options are offered when it comes to covering terrorism.  Terrorism is initially excluded on most event cancelation policies, however it can be covered by endorsement, or by purchasing a separate terrorism policy.  Terrorism is clearly defined in the policy as, ‘any form, fear, threat, or acts of terrorism are expressly excluded from coverage.'

Options to cover acts of terrorism can range from removing the exclusion altogether to buying coverage limited to incidents that occur near the venue and close to the event date.

The impacted event “still has to meet the test of a proper cancellation, but if it does, it’s typically a pretty broad policy offered, as broad as removing the terrorism exclusion altogether, to limiting coverage for acts of terrorism based on time—the number of days before the event—and distance—within a certain number of miles from the venue,” Bassman explained.

Bassman said typical industry rates for terrorism coverage would be about .15% to .25% on terrorism coverage, or about $15,000 to $25,000 on a $1 million policy. He added that such coverage is becoming increasingly common for touring artists and festivals to carry.

“I can’t speak for [Grande’s tour], but if she has terrorism coverage on her touring policy, she could definitely make claims,” he said. “There were a lot of artists on tour in Europe when [the Bataclan incident] happened, and they made claims for terrorism all over Europe as travel was restricted; shows were being canceled left and right because of concern that they weren’t protected properly. I’m sure that will happen in this instance as well.”

Take That, scheduled to play Manchester Arena May 25, 26 and 27, was postponed because the venue is still an active crime scene. The next scheduled event, KISS, May 30 and touted as their only confirmed show in the north of the country for 2017, was still on the schedule as of Wednesday, May 24. — Linda Deckard and Brad Weissberg contributed to this story.