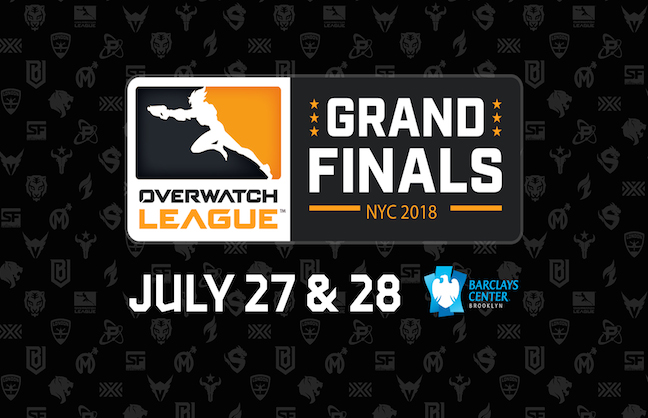 The first Overwatch League Grand Finals, which will determine the champions of the league’s first global season, will be played July 27-28 at Barclays Center in Brooklyn, N.Y.

The event follows the Overwatch League’s first regular season, set to end June 17, and the postseason, which will begin with a field of six teams July 11 at Blizzard Arena Los Angeles in Burbank, Calif. The two finalists from that tournament will face off at the Barclay’s event to battle for a sh...