Big Apple Circus Auction Down To The Wire 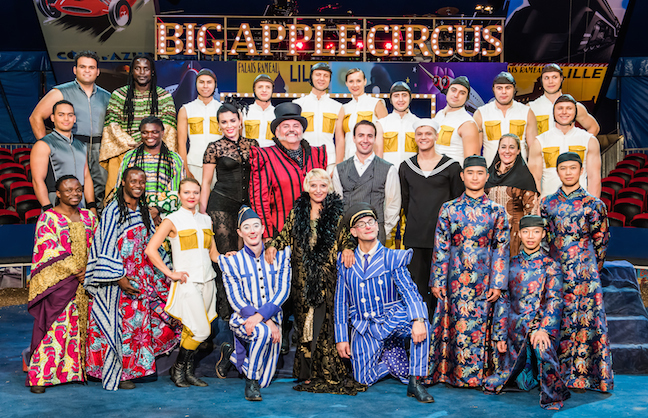 A former Big Apple Circus clown’s bid to buy the shutdown New York family-show staple remains uncertain as the Big Apple Circus board of directors struggles with awarding the rights to the circus and accepting a winning bid.

A decision was originally expected Feb. 7. After the board of directors failed to reach a conclusion on the 7th, Harold Stampler, Stampler Auctions, which ran the auction of the Big Apple Circus assets, expected a decision Feb 8. When contacted at press time, Stampler said that the board still had not selected the winning bid.

Eight parties bid on the assets of Big Apple Circus according to Stampler, “It’s down to two bids. The board has singled out the two top contenders as the most attractive from the eight bidders but have not awarded the assets to a winner yet.”

Bello Nock, a former Big Apple Circus performer, who was once called America’s top clown by Time magazine, led a team that put in a bid to acquire all the assets of Big Apple Circus.

Nock performed with the Big Apple Circus on three tours from 1997 – 2000, and returned for the 2009-2010 tour in a show called “Bello Is Back.” He’s headlined circuses in the US, Japan, China, France, Germany and the Netherlands.

“The circus bridges gaps,” said Nock. “It brings people together in a circle. There are no cultures, no age differences, no language barriers and that’s what makes the circus so special.”

There was nothing Nock could do to save Big Apple Circus and that’s when he organized a team that would try to save it. That team didn’t work out so Nock created a second team. “The second team is more knowledgeable and has a lot more heart,” he said.

When asked about the price of his team’s bid, Nock said, “the price tag is priceless.”

Stampler expects Big Apple Circus will be sold in whole and not sold in separate pieces, which means that the winner will acquire Big Apple Circus’ copyrights, trademarks, other intellectual property and circus equipment, big top tent included. The procedure for the auction still needs to be approved by a bankruptcy judge.

The one-ring circus filed for bankruptcy in November. At the time, the circus said in its Chapter 11 filing that it had amassed debts amounting to $8.3 million, against $3.8 million in assets.

The Big Apple Circus was founded in 1977 and became a New York cultural tradition, with holiday-season performances in Damrosch Park behind Lincoln Center and later on tour.

At its height, Big Apple Circus staged more than 300 shows. The circus was known for its special performances for children with autism and visual and hearing impairments. It also offered free and discounted circus tickets for disadvantaged children.

The auction was the first step in resurrecting the family-show institution.

“The name and goodwill Big Apple Circus generated over four decades may be worth more than the physical parts divided up,” said Stampler prior to the auction.

Bidders were required to submit a minimum of $50,000 or 10 percent, whichever was greater. Bids were accepted for parts of the assets, and for the entire circus. All bidders that sent in bids were given consideration, but according to Stampler, bids that expressed a desire and the ability to continue the circus were to be given priority.

“The board was very, very interested in the buyer continuing the vision and mission of Big Apple Circus,” said Stampler. “It’s not the only factor, but it is a factor. Money is not the king in this case.”

Another factor that came into play was that Big Apple Circus is a nonprofit organization.

“Because I’m a person who stands in the ring and has seen the smiles, the inspiration, I can see four generations laugh at the same joke; I can see the magic of what the circus does,” said Nock.

“With Ringling Bros. closing their doors, I think about how we have to keep the circus alive,” he said. “The circus world is very small. Those of us in it have only eaten our dinners by performing in the circus. How far am I willing to go? As far as the people behind me who are cheering me on and willing to buy a ticket.”