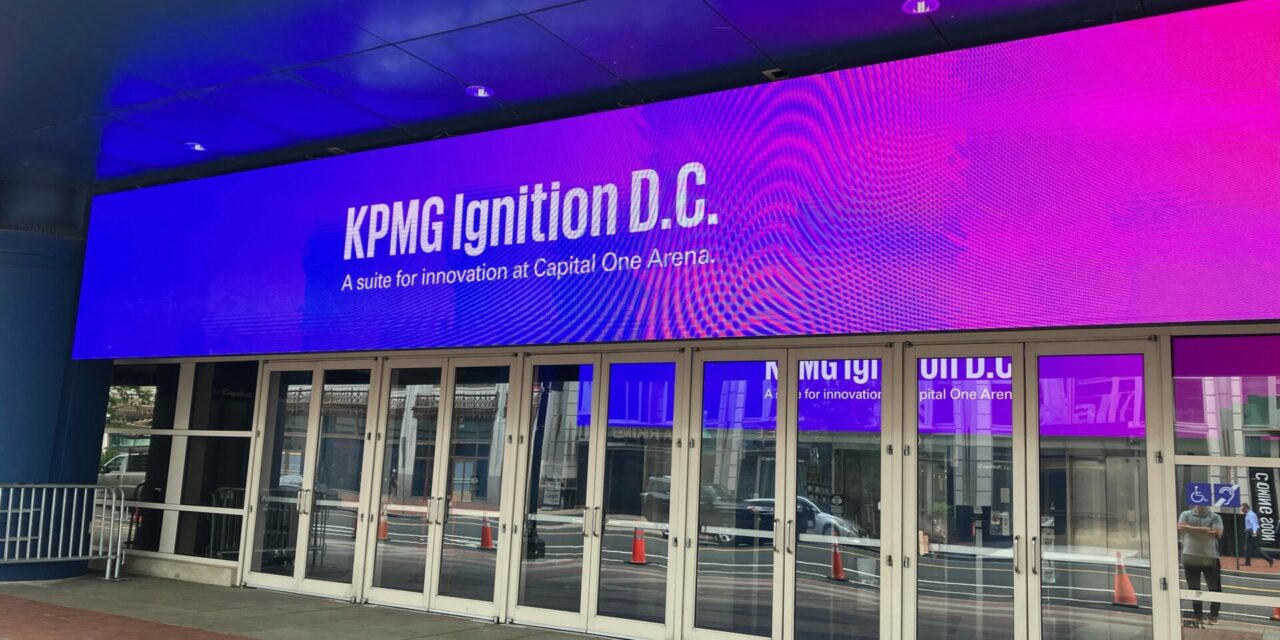 IGNITION SUITE: Capital One Arena has renovated one of its 110 suites into a high-tech meeting space for accounting consultants KPMG. (Courtesy Monumental Sports & Entertainment)

Monumental Sports & Entertainment and multinational accounting firm KPMG LLP have teamed up to launch the latest KPMG Ignition Center, a high-tech meeting place and collaborative space occupying an existing, repurposed suite at Capital One Arena in Washington, D.C., that can be used any day of the year.

Located within a 900-square-feet suite on the second-level concourse at the arena, which is home to the NBA Wizards, NHL Capitals and the Georgetown Hoyas, the space is described as a 28-person “mega-suite” with 500-plus square feet of open space, video walls and variable configurations and tech to fit the needs of the modern corporate world — with top-notch sports and live entertainment as the backdrop.

“This is an interesting one one because in our conversations (with KPMG), we were all on the same page,” says Jim Van Stone, Monumental’s president of business operations and chief commerce officer. “They didn’t want to just invest in a suite, they wanted to invest in something unique and different, something that can truly help drive business for them.” The suite features a central video wall, interactive screen displays, high-resolution monitors on the ceiling and at the entryway, and video streaming capabilities.

Nine months in the making and contending with supply chain issues, Van Stone says it’s expected the Ignition Center will be used 100 business days per year, some integrating with arena events, which means Monumental and KPMG working closely on logistics such as ingress and egress, security, culinary and sanitation. 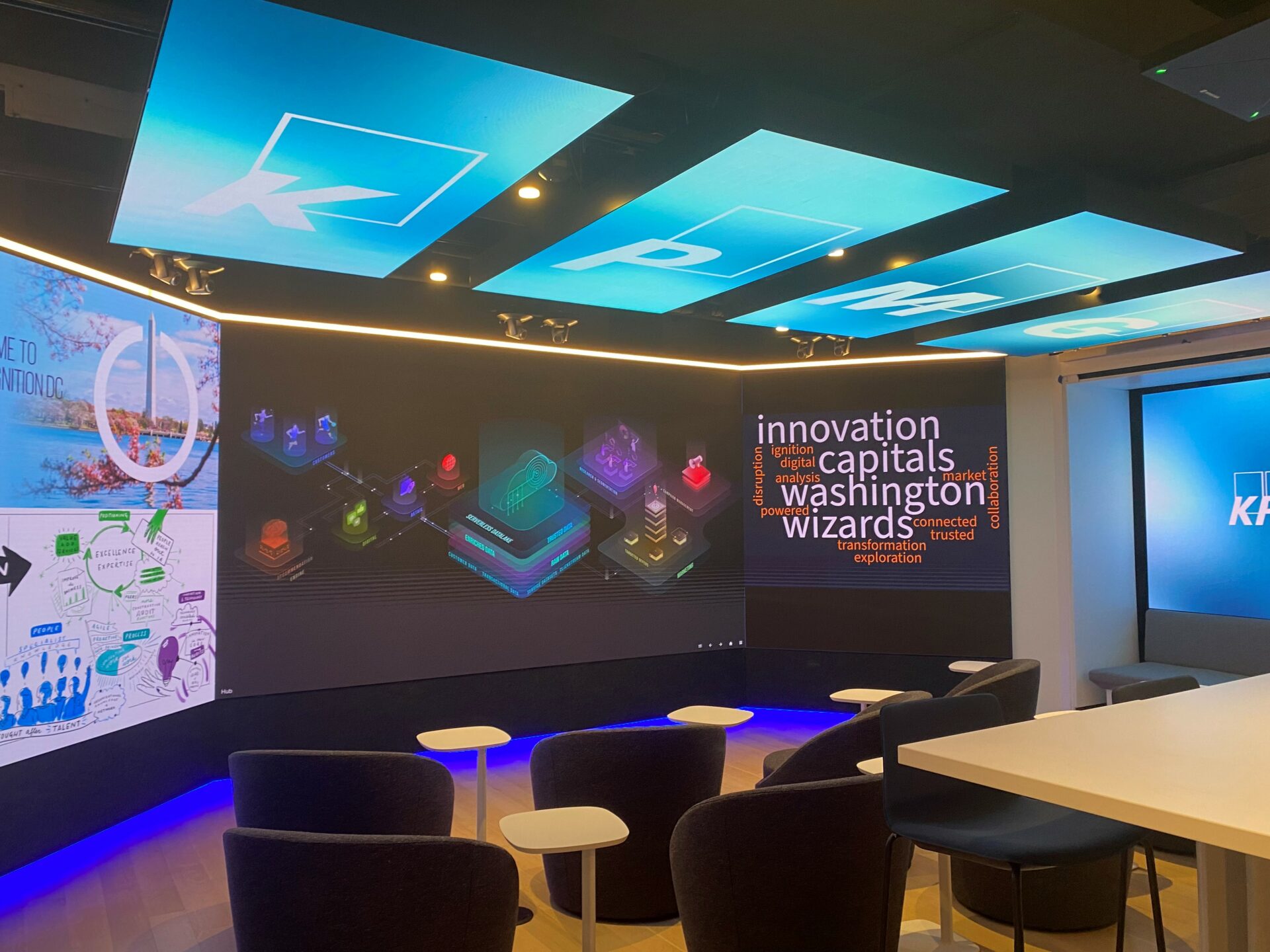 Van Stone described KPMG as fully integrated partners making a significant investment in the renovation, which required removing the restroom that had previously been part of the space. Fundamentally, Van Stone says the concept is to help make Monumental’s venues as close to 365-day-venues as possible.

“We open them up an hour before the game, and we close them right after an event’s finished,” Van Stone says of the venue’s 110 suites. “We really want to make our facilities in the future business development centers, have it be more of a way for companies to create commerce and innovation and business “ Van Stone says 110 is a good number of suites for the facility, but there’s opportunity to use the spaces for varied purposes. He says he can see between eight and 10 suites potentially becoming similar spaces, re-fitted for their own purpose specific to a particular client.

“We look at the suites in our buildings as unique real estate opportunities,” he said. “If you program them the right way and think about them beyond the normal event you have, whether it’s a game or a concert, I think it’s an incredible opportunity for our industry to try to do things to expand their business platforms.” Monumental owns and operates the Capitals, Wizards, WNBA Mystics, NBA G-League Capital City Go-Go and their respective home venues including Capital One Arena, EagleBank Arena at George Mason University, MedStar Capitals Iceplex practice facility and MedStar Health Performance Center basketball training facility.

KPMG currently has Ignition Centers in Atlanta, Chicago, Denver, New York, Florida and others around the world offering consulting services. The Capital One Arena Ignition Center is the first within an arena, which industry veterans tell VenuesNow is a welcome use for spaces that cost a lot to build but are used relatively little.

“We do think there’s a market to do this in other industries, but first off with KPMG in the consulting space, we think it’s a game changer,” Van Stone said. “We have something we think could be the model for the future of our venues. I think we’re on to something.”

KPMG’s first meetings at the Ignition Center are scheduled for July.