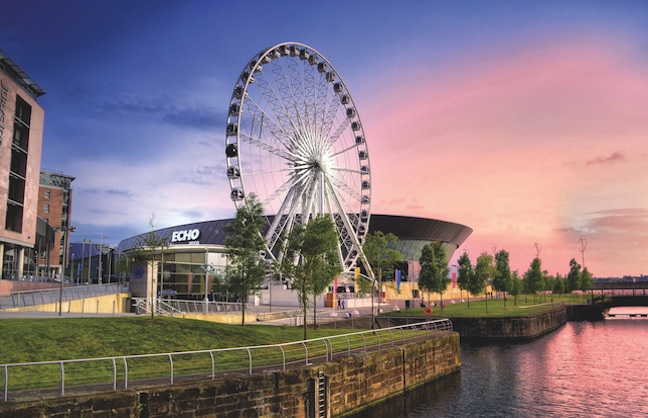 Having acquired The Lindley Group in April, Centerplate’s UK Division has signed ACC Liverpool, England, as its European flagship venue in a seven-year deal.  The facility is Europe’s only interconnected arena and conference center, with Echo Arena and BT Convention Centre.

The Lindley Group’s Heathcotes Outside division previously handled catering and hospitality services; however, that didn’t mean Centerplate was guaranteed the contract.

The initial five-year contract was up for renewal and went out for bid.

“Centerplate took part in a six-way, highly-competitive tender process to secure the catering contract at ACC Liverpool for the next seven years,” said Gerald Andrews, director of Finance at the venue.

“We very much wanted to root it in the culture and history of Liverpool,” he said. “When the facility first opened back in 2008 it was a landmark project to bring a building of real importance and rejuvenate the area.”

“The people are really proud of the facility and the area, and we wanted to put that pride into the food offering,” he added.

Centerplate worked with a local chef from Spire in Allerton, a suburb of Liverpool, in order to develop new menus, rolled out under the ‘Mersey Eats-’ and ‘Mersey Drinks-’ branded retail concepts that showcase regional dishes.

One new offering is the “Scouse Dog,” a pork hot dog from a local supplier and topped with Liverpool ‘scouse’ stew and pickled red cabbage. Davies’ favorite new dish is a fish pie with a mashed potato crust, and Centerplate worked with local club Alma de Cuba to create the signature “Strawberry Fields” cocktail.

The kiosks serving the local dishes have signs explaining where the products come from and the thought behind the items.

“One of the key areas that Centerplate will focus on is making sure that the catering offer is bespoke to us and reflects the deep roots that we have in the local community,” said Andrews. “Menus will be seasonal, fresh and locally sourced.”

The new concepts debuted in September at a Rod Stewart concert and generated a 32 percent increase in catering revenue compared to the same event last year.

Davies views the deal as a sign that the relationship between Centerplate and The Lindley Group is on the right track.

“Centerplate just acquired The Lindley Group back in April, so it’s a really good contract win for us to retain this partnership going forward,” he said.