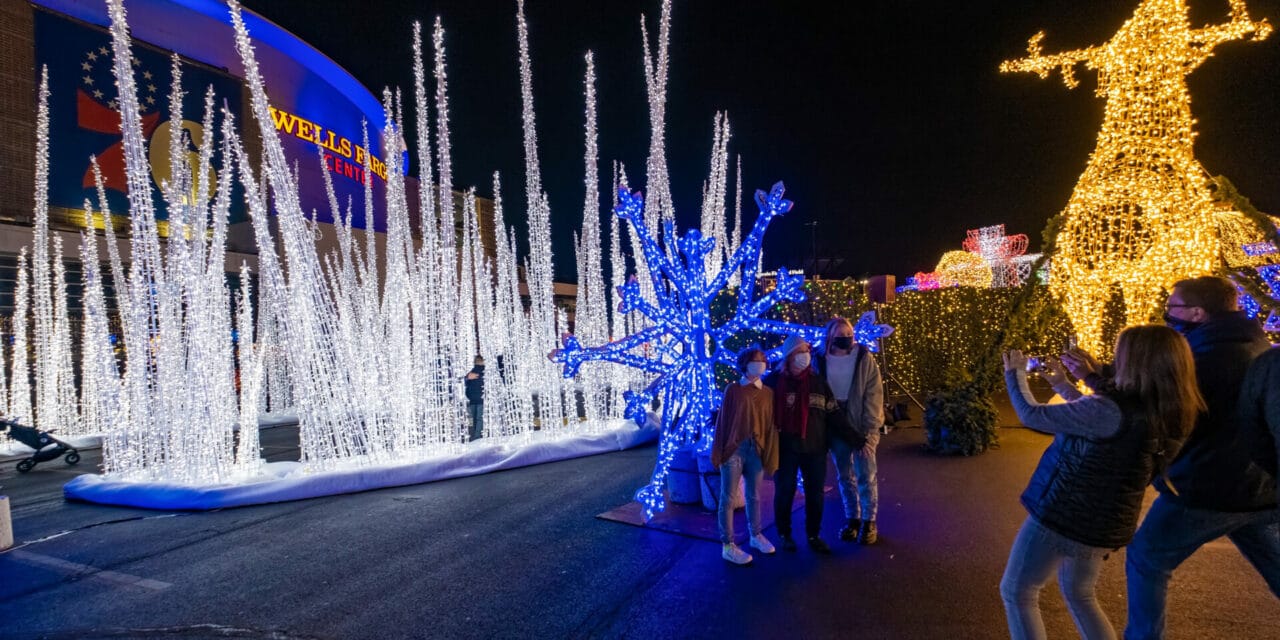 Comcast Spectacor has formed a new division to book events at Wells Fargo Center and the 180 arenas, stadiums, convention centers and other venues run by Spectra, the company’s facility management firm.

Spectacor Events & Entertainment, the name of the new group, is headed by senior vice president Emily Dunham. Dunham, previously vice president of corporate strategy for the Washington Nationals, was hired in March to oversee the initiative.

Dunham leads a staff of six full-time staff working for the events group. They include new hire Tina Suca, vice president of booking with experience at SMG, Live Nation, BSE Global and ArenaNetwork.

Brett Reopell, director of booking at Wells Fargo Center for the past six years, retains his position at the Philadelphia arena and is part of Spectacor Events & Entertainment.

Dunham said the new venture serves two functions: to create new events in Philadelphia such as last year’s successful “Winter on Broad Street” holiday light show in the Wells Fargo Center parking lot, and to operate as a central booking resource for Spectra.

The pandemic essentially drove the new venture, she said.

During the lengthy shutdown of sports and entertainment, officials with Comcast Spectacor, owner of Wells Fargo Center and the NBA’s Philadelphia 76ers, took stock of the situation and felt they needed to do more to leverage Spectra’s scale to bring more events to those venues.

“We felt like there was more to be done to drive more content from the corporate level by having a team of people in conversations with agents and promoters about multiple buildings while things are routing,” Dunham said.

On the Spectra side, there have always been officials in those respective markets across North America booking their buildings, but they were doing it independent of the parent company, Dunham said.

“In the short time we’ve been in existence, we’ve seen opportunities where we’re having one conversation with an agent and were able to bring offers to multiple venues in an efficient manner,” she said. “We’re talking to promoters looking for (dates). Instead of having to reach out to 20 of our venues (separately), we can gather those avails and help to route the tour.”

“We’re truly being a resource, not only for the venues but also to make things more efficient from the other side of the table,” Dunham said.

With few events open to the public at the South Philly Sports Complex due to the shutdown, the 2020 light show attracted more than 70,000 people, which got Dave Scott, Comcast Spectacor’s chairman and CEO, thinking about how to create more events beyond the pandemic.

This year, as NBA and NHL games and concerts return to Wells Fargo Center, officials are searching for a new location for the holiday light show. Comcast Spectacor is committed to the event and plans to make it a bigger attraction, Dunham said.

The new group comes a few years after Spectra Presents, the old event promotions group within the Comcast Spectacor family, shut down. Brock Jones, formerly vice president of booking with Spectra Presents, left in 2017 to form 191 Touring in Nashville, an independent promoter.

At that time, Reopell filled Jones’ vacancy at Spectra Presents before that group dissolved.

“We’re a booking agent,” she said. “If there are smaller independent promoters that are maybe looking for additional sources of financing, we are open to having that conversation, but we’re absolutely not trying to compete with Live Nation and AEG. They’re among the promoters that bring the most content to our buildings.”