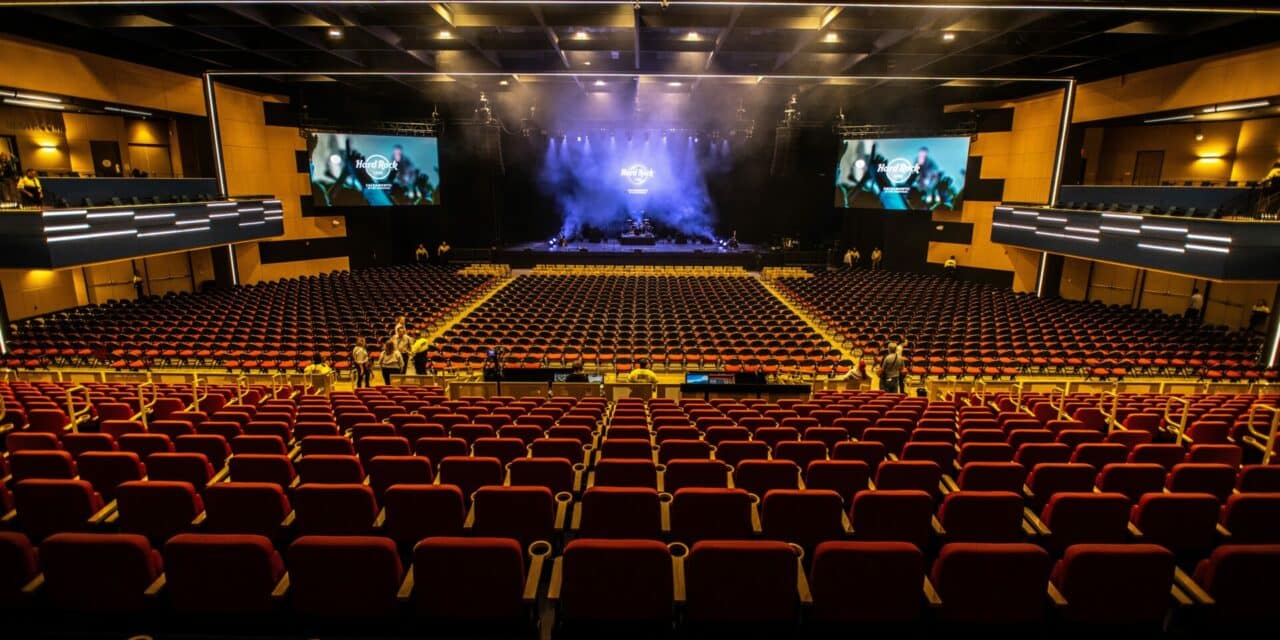 The recently opened Hard Rock Live at the casino/hotel/entertainment chain’s Sacramento property is the latest example of increased activity in not only the casino sector but the overall Sacramento market as well.

“We want to put this venue on the map,” said Randy Maddocks, director of entertainment for Hard Rock Sacramento. “I think the people are going to come. If you speak specifically to the Sacramento-proper market, there isn’t a 2,500-to 3,500-seat club or theater of our size and amenities.”

Maddocks acknowledges the plethora of Native American casino properties in the area, which includes the nearby Thunder Valley Casino Resort that hosts its own outdoor series and in March broke ground on a standalone indoor theater venue. But he says, with a full slate of shows, state of the art amenities and top talent booked well into next year, the $50 million-plus Hard Rock Live has already been a hit.

“We’re looking to do 50 shows or so in our first year, and then gradually move on up and hopefully we can get to 100,” says Maddocks, noting 2022 shows with Demi Lovato, Chelsea Handler, Chris Rock, Bret Michaels and a UFC event he says will resemble “a mini MGM Garden” with boxing ring, sky boxes and balcony seats fully activated.
Hard Rock Sacramento opened in 2019, the brand’s first West Coast property. It’s a partnership between Seminole Gaming, which owns the Hard Rock International brand, and the local Enterprise Rancheria Tribe. Shutting down four months after its grand opening due to the COVID-19 pandemic, Hard Rock elected in 2021 to go forward with expansion plans that included a gas station, convenience store, office space, warehouse — and event space.

“The entertainment venue was really the last component of the overall Hard Rock experience that we wanted to have available to really separate this property as an integrated destination resort from many of the other comparable products and amenities in the marketplace,” said Mark Birtha, president of Hard Rock Hotel & Casino Sacramento at Fire Mountain. He says the strength of the Hard Rock brand was apparent upon opening.

“When we opened up our doors, we were surprised at how many people were coming two, three hours away, from the Bay Area,” said Birtha. “They’re making that drive on a daily basis because of the power of the brand and the experience and product quality that we consistently deliver all around the world. It’s been a positive performance on every level as we look to continue to grow our offerings and build loyalty with our guests and bring new guests to our property. It’s been an amazing ride even though it’s been quite chaotic, to say the least, over the last couple of years.”

The venue itself boasts two public levels, with a retractable seating system on the first floor that allows for full general admission events, up to 3,500 or so capacity. Live Nation is the venue’s booking partner for touring artists.

The venue’s second level provides multiple VIP and premium options, including intimate meet and greet spaces that are convenient for artists and their teams, and include Hard Rock memorabilia, a full bar, VIP backstage area and removable risers and seats within VIP spaces.

“This one really sets the bar for this type of market, providing what larger elite venues bring to the table — incredible sound, incredible sight lines and, with the retractable seating system and removable chairs, you see a lot of flexibility in terms of the events you can host,” says Olivier Berthiaume-Bergé of theater and interior designer Sceno Plus, which has worked with Hard Rock on six projects.

Berthiaume-Bergé noted the varied types of events taking place at the venue, including a three-day wedding celebration. “The possibilities are almost infinite, and with very quick turnaround time,” he said, also noting the L-Acoustics sound system and K2 line array.

Premium is a priority, with Hard Rock’s memorabilia and artist connections playing into venue design.

“There’s a sky box that directly overlooks stage left, an opera box situation that’s very private and only a select few people will be there, or the artist’s guests,” Maddocks explains. “We’re calling it The Porch, which is a reference to the song by Pearl Jam, and there’s some Pearl Jam memorabilia in that space.”

With fans coming from hours away, artists have also responded well to the new venue, the team said.

“Bret Michaels sound-checked longer than we anticipated because he liked it so much. He kept talking about how much he loves the room,” Maddocks said. “He repeatedly mentioned that while he was on stage. We were the last show for him before the tour with Poison, Joan Jett, Def Leppard and Mötley Crüe, so it was cool to be able to get him before he goes off on the big Stadium Tour.”