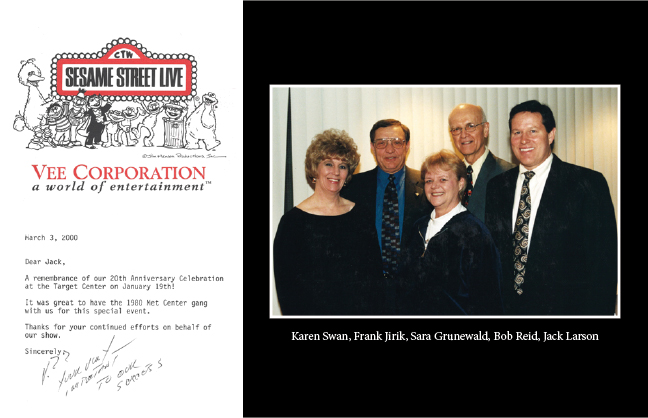 The late Bob Reid, second from right, with the “original Met Center gang, along with a note from Vince Egan, CEO of VEE Corp., lauding the group. With Reid are Karen Swan, who moved on to Target Center in Minneapolis; the late Frank Jirik, who ended his career at SAP Center in San Jose, Calif.; Sara Grunewald; and Jack Larson, manager of  Xcel Energy Center in St. Paul, Minn., at the 20th anniversary of Sesame Street Live on March 3, 2000. (Courtesy Jack Larson)

A straight shooter and early r...