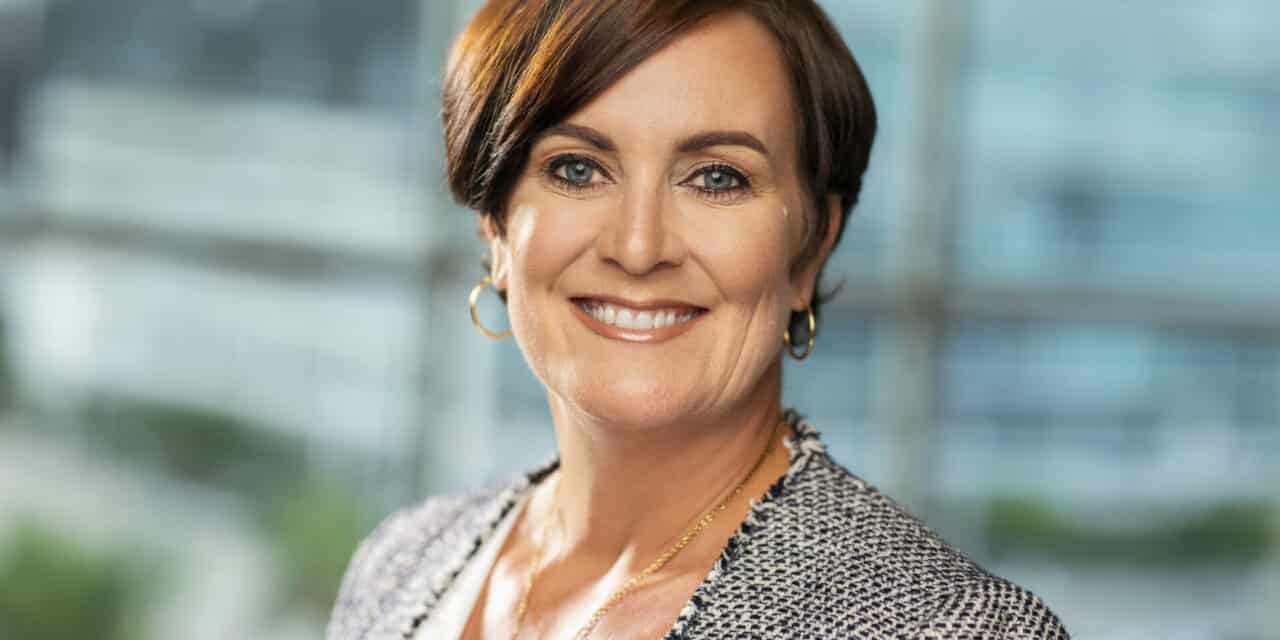 New York State Of Mind: Kim Stone most recently was with the Miami Heat and Golden State Warriors.

Oak View Group has appointed veteran arena manager Kim Stone as president of UBS Arena and executive vice president of OVG East Coast, where she will assume her post Aug. 1.

Stone will oversee all business and building operations at the 18,500-capacity home to the NHL New York Islanders in Belmont Park, New York, where she will be based and report to the venue’s board of managers. Stone will also be responsible for all OVG East Coast owned and operated properties, including the under-renovation Baltimore Arena scheduled to open in February 2023. Stone reports to OVG president of business development Francesca Bodie. OVG is parent company to Pollstar and VenuesNow.

“It was going to take something great and innovative and forward-looking to get me out of Miami,” says Stone, who in July of 2021 left her role as general manager of Chase Center to lead a newly formed Human Capital & Special Projects division for the Miami Heat. It’s an organization she was part of for 13 years and where she still has many close friends and family. “But what Tim (Leiweke, OVG CEO) and Francesca and Scott (Malkin, Islanders co-owner) are doing at UBS and across the broader facility industry is so impressive and I’m excited to be part of.”

“The New York Islanders, as a partner in UBS Arena, are delighted and honored to welcome Kim Stone to our family,” New York Islanders co-owner Scott Malkin said in the announcement. “Her commitment to excellence, in every step of her career, sets the standard for our organization.”

Tim Leiweke, OVG’s chairman and CEO, said in the announcement, “We’re building one of the most dynamic and diverse teams in the industry, and Kim’s joining OVG plays a critical role in not only ensuring we’re hiring the best talent, but we’re working closely with the communities where we do business. Kim is an excellent fit to lead our world-class organization at both UBS Arena and OVG East coast venues and I’m thrilled to have her join the OVG team.”

Stone’s experience includes leadership roles at the Miami Heat and the Golden State Warriors, where she was general manager at Chase Center, where she opened the arena in September 2019.

At UBS Arena, Stone will oversee revenue, development of the surrounding area and day-to-day arena operations, with a focus on premium sales, corporate sales, event booking and ticket sales. Stone is reunited with Sciortino, after the two worked together at Chase Center.

“This allows me to really tap into all the experience I’ve had over my career in the sports industry,” says Stone, which includes overseeing corporate partnerships, food and beverage, season ticket renewals and concert programming along with arena operations.

With OVG East Coast, Stone says there’s tremendous excitement for Baltimore Arena, where a $200 million redevelopment project is underway at Royal Farms Arena and the Baltimore Civic Center. The project includes involvement from celebrities such as Pharrell Williams and NBA star Kevin Durant and demonstrates a commitment to diversity, equity and inclusion by partnering with Black-owned bank Harbor Bank of Maryland, which will provide financing for the project alongside Truist.

“It’s exciting how they are continuing to value and understand that the commitment to diversity is not just slogans and mottos,” says Stone, an openly  gay woman. “The things they’re doing, they’re not just words. I think that’s commendable.”

Irving Azoff, co-founder of OVG,  said, “I’m proud of the work OVG has done through its diversity and inclusion initiatives and the impact it’s had across our entire organization. Kim is a strong addition to our all-star senior management team, and I’m pleased to welcome her to OVG.”

Stone notes some differences between working with the NBA’s Heat and Warriors organizations as opposed to at UBS Arena, where the team isn’t the primary operator of the venue, which she says can be a positive. She notes similarities as well, including a similar season time frame and venue type.

“The products are still sports at the end of the day,” she says. “The Islanders’ goal every year is to win the Stanley Cup. I’m very used to that winning mentality.”

She says the decision to move to New York, which will require commuting for the first nine months while her son and partner remain in Miami for school, was an easy one when looking at the opportunity.

“You’re always looking at what are the resources in place, what is the philosophy of the ownership, and what is the likelihood that you can be successful,” she says. “There’s great ownership, everybody has said exceptional things about the senior vice presidents and leadership at UBS – that’s a win. And here’s this new opportunity, it’s a beautiful new venue. So you have all the ingredients to evolve what is already a success. You have to hand it to this team. They brought online this brand-new building – that is one of the hardest things you’ll ever do in your career in facility management – and, add to that, they did it during COVID. That tells you the kind of quality staff they had, and they did it successfully.”