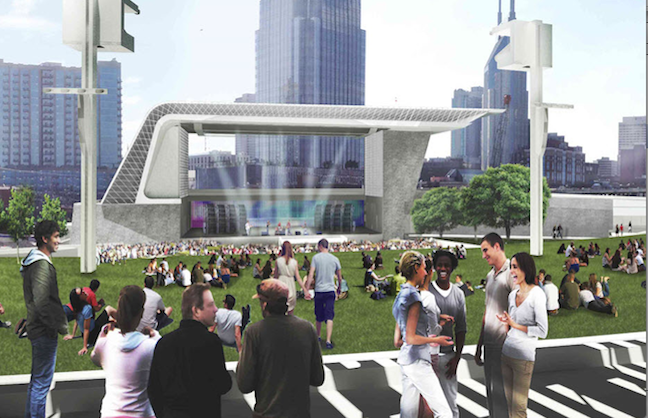 Artist rendering of the new Ascend Amphitheater, Nashville, Tenn., set to open July 30 with a performance by Eric Church. The city-owned venue is being operated by Live Nation.

Live Nation Entertainment and the City of Nashville announced last week details behind the opening of Ascend Amphitheater,  the city's new Live Nation-operated amphitheater located along the banks of the Cumberland River downtown.

Information released during a press conference held at the Schermerhorn ...