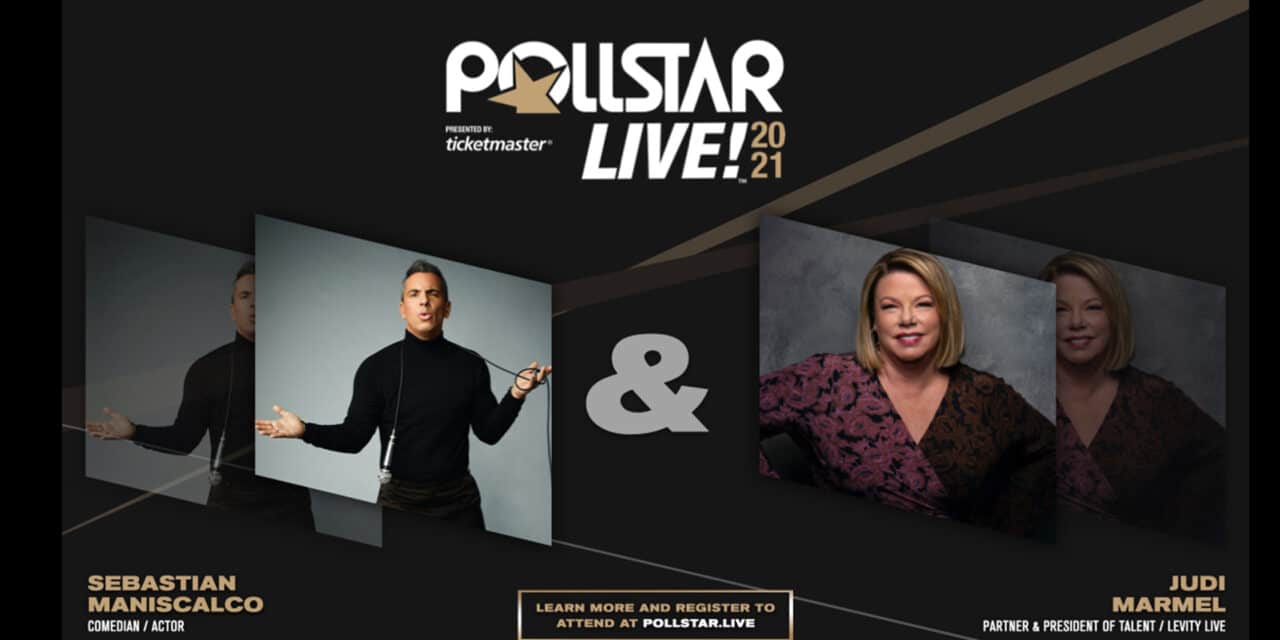 Comic Sebastian Mansicalco and his manager Judi Marmel, the co-founder, partner and president of talent at Levity Live, will participate in a keynote Q&A at Pollstar Live! later this month, the conference revealed Thursday.

Maniscalco will have plenty to talk about. One of comedy’s strongest touring acts, the comedian appeared on Pollstar’s Year End Top 100 Worldwide Tours chart in 2018, 2019 and 2020, packing iconic rooms including New York’s Madison Square Garden, which he sold out four times in January 2019, grossing $8.3 million and landing him on Pollstar‘s cover.

Maniscalco’s profile only continues to rise, with recent roles in Oscar-winning movies “Green Book” and “The Irishman,” his hosting turn on the 2020 MTV Video Music Awards, the coming Lionsgate film about his life starring Robert De Niro as his father, and his new Discovery+/Food Network show set to debut later this year.

Maniscalco will arrive at Pollstar Live! fresh off the first three dates of his “Nobody Does This Tour,” which begins June 12 with two plays at Nashville’s Ryman Auditorium. After Maniscalco’s Pollstar Live! appearance, he’ll get back on the road with a summer and fall trek extending into late November.

Beyond specific projects, the keynote will tackle Maniscalco’s career development, how he approaches his performances and the diversification of his brand.

Meanwhile, Marmel will offer insights into the comedy business. In addition to Maniscalco, Marmel represents Taylor Tomlinson, Whitney Cummings, Darci Lynne, Dusty Slay, Mark Normand and Bert Kreischer, the last of whom made waves as a drive-in touring pioneer during the pandemic, posting robust gross numbers in summer 2020.

Marmel appeared on the cover of Pollstar‘s Women of Live issue in March and was featured on Pollstar’s Impact 50 list in 2020 and 2021.