On Auto: ‘Germany’s Only Concert Venue’ 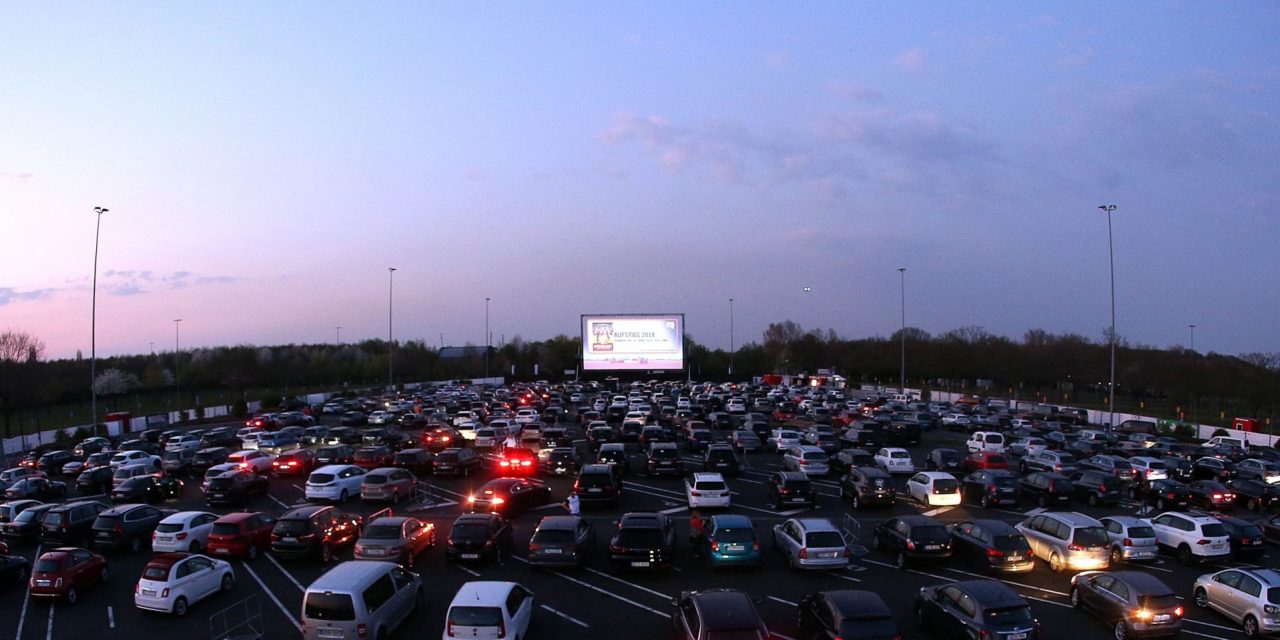 Cars crowd in for a movie at a drive-in theater where live music is on the schedule. (Courtesy D-Live)

D.Live has found a way to host live concerts that doesn’t require people to stay at home: a drive-in theater in Düsseldorf, Germany, where guests are able to enjoy live music without having to fear that they might be breaching any laws.

Up to 500 cars fit onto the parking area, which means that 1,000 to 2,000 tickets can be sold for each concert, depending on each car’s occupancy. Up to four people are allowed, as long as they’re family.

The drive-in theater opened its doors for this season April 8. Fourteen film screenings sold out in 12 hours. D.Live CEO Michael Brill told VenuesNow that 14 live shows, representing different event formats and genres, are already in the books for the coming three months.

“There are so many artists who are really excited about the opportunity to get out there again,” he said, explaining that existing travel restriction limited the program to local German artists for the time being.

Germany instituted strict social distancing measures March 22, and people weren’t allowed to leave their homes for nonessential reasons. Measures were slightly loosened this week, but restaurants, cinemas, bars and theaters were still not given a target date for opening.

Large public events, which includes concerts and festivals, are still banned until Aug. 31.

Brill said his team began brainstorming the moment it became clear that live events were going to be most affected by the government measures to slow the spread of the virus that causes COVID-19. Recommendations for venue closures began in early March.

The drive-in theater has been showing movies since April 7, and on Easter Sunday  the parking lot was the site of a church service. “It’s been incredible,” Brill said. “The audience is really coming, and it is grateful, really happy and more than willing to experience the program even under restricted circumstances.”

Concerts are the next step up. “Or message to this industry is: Let’s move on, there’s not time to stop. We need to keep the flame of our business burning,” Brill said.

The company has been reaching out to promoters, informing them about “Germany’s only concert venue,” which isn’t even a tongue-in-cheek comment in these times.

The lighting setup can be expanded if a show requires it. There’s no PA system; the sound is transmitted to FM radios in the cars.

“Depending on your sound system, and most cars have a decent one these days, you’ll be able to enjoy the music in great sound quality, while controlling the volume in your private cocoon,” Brill said.

Teams can use D.Live’s production office and backstage facilities of Merkur Spiel-Arena, which is part of the company’s venue portfolio and a two-minute shuttle ride from the open-air theater.

Regulators will be pleased to know that all cars are being parked at least 1.5 meters apart, the minimum social distance people are ordered to keep in Germany.

Tickets are issued in digital formats and scanned through the closed car window on site. Payments on site are all cashless.

Consuming food and beverage is allowed inside the car. Two menus are available on each night and can be preordered or bought on site. The food is prepared in advance, and nothing is cooked on site during the event. Visitors are also allowed to bring their own food and drinks.

Two stage elements are built to the left and right of the movie screen, joined by a catwalk, making the entire structure some 60 meters wide. Even the acts will have enough space to maintain the required distance.

Booking and ticketing director Daniela Stork and head of production Fabian Müller are the contacts for promoters interested in bringing in a concert.

D.Live won’t be making a lot of money from the concerts. While an audience of 2,000 people max would call for a club setup, the size of the stage and all the other health and safety requirements from the German government call for infrastructure that is more akin to an arena production, Brill said.

“It’s a matter of attitude,” he said. “Without these restrictions, our concept would probably interest nobody. But the passion for live events remains unbridled, which is a great sign.”