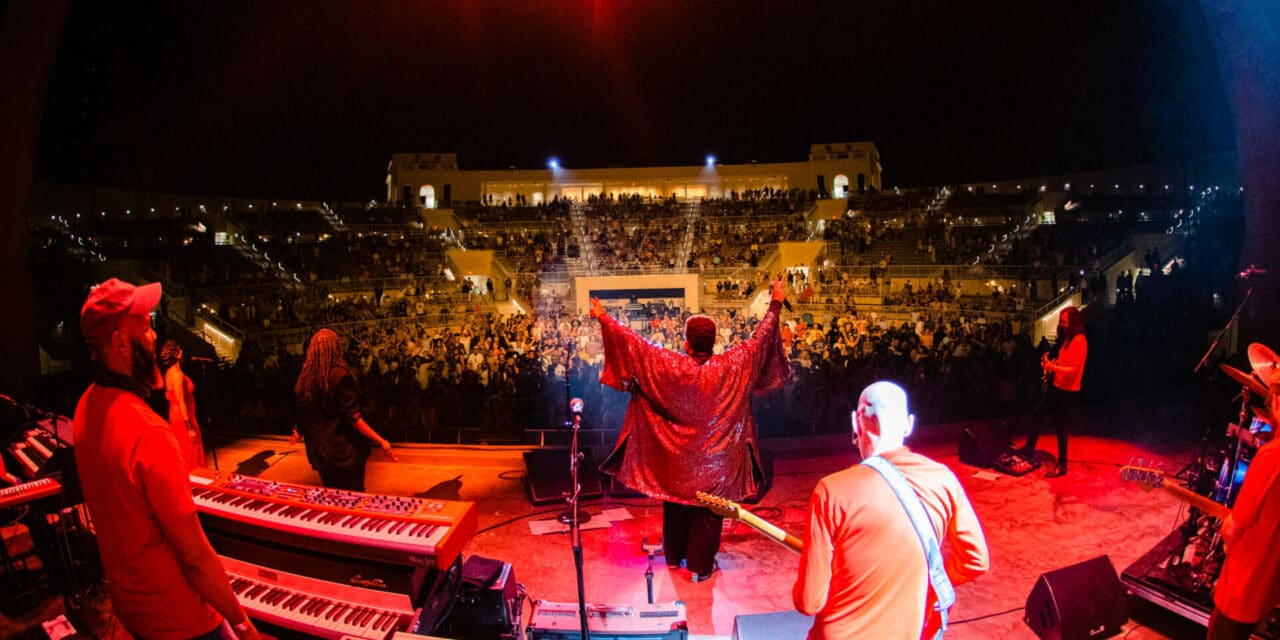 The Orion Amphitheater, a new outdoor music venue in Huntsville, Alabama, debuted over the past week with an extended celebration. Brittany Howard, Drive-By Truckers, St. Paul & The Broken Bones and Mavis Staples were among the initial performers.

The $40 million project was developed by a team led by Mumford & Sons’ Ben Lovett.

“I had high expectations and it exceeded all of those,” said general manager Ryan Murphy, who worked at the St. Augustine Amphitheatre in Florida before joining Orion Amphitheater. “We spent four years on this project. From the venue perspective, the launch and all the logistics that go into it, parking, marketing, ticketing, traffic control, the layout and flow … was across the bar glowing with equal fervor.”

“It was intentionally Alabama focused,” he said. “The things we wanted to happen could only be seen once in a lifetime, here.”

“We thought he would play one song since he was on all those original recordings of The Staples Singers, but the bass player couldn’t make the show and Hood filled in,” Murphy said. “It was a beautiful moment.”

It’s got a feel more like the Roman Colosseum, a classic concept but with modern amenities and nw technology. Those familiar with Schwarz designs of sports venues American Airlines Center and Choctaw Stadium, both Dallas-Fort Worth facilities, can identify with his elegant style of architecture. The Orion falls into that scope.

“Every aspect was covered with a fine-tooth comb, and it went off so well,” Murphy explained. “That time and effort really paid off. You only get one chance at it and if it is a bad opening, it takes a lot of time to fix. We were intent on getting it right.”