Review: Back With a Vengeance at MSG 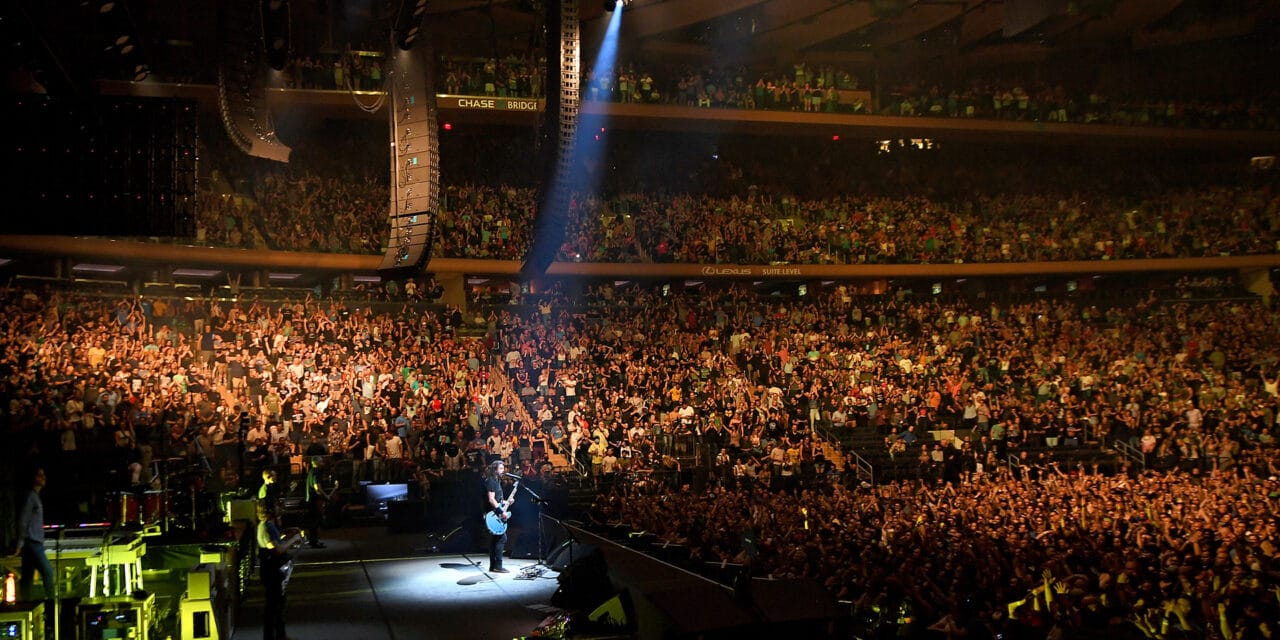 Minutes into Foo Fighters’ headlining show at Madison Square Garden on Sunday, Dave Grohl’s face was in his hands. Under a stark spotlight and accompanied only by keyboardist Rami Jaffee’s droning chords, the beloved rocker had opened the concert — the first at Madison Square Garden since the coronavirus pandemic began — with a couple of verses of the poignant ballad “Times Like These.” The gravity of the moment seemed to be hitting him.

Then Grohl looked up, with a puckish grin and fire in his eyes. As the band revved up, he screamed, “Here we go, motherfuckers!”

Foo Fighters were back and, along with them, music at Madison Square Garden. And the most surreal aspect of the concert, one of the first full-capacity arena gigs in the country, was just how normal it felt.

Once fans had flashed their proof of vaccination upon entry, the scene was strikingly ordinary. No pods, no empty seats, no distancing measures. Lines for beer, pizza and merch. And, for anyone who has been to a Foo Fighters show before, Grohl’s familiar and electric enthusiasm, enough to send shocks through a crowd on even the most mundane of occasions.

During the set’s second song, “The Pretender,” an already-soaked Grohl made a statement that was perhaps obvious, but no less exciting for it: “You know this is gonna be a long fucking night because guess what? We’ve been waiting for this.”

For nearly three hours — the opener-less show began promptly at 8:15 — Foo Fighters ran through a hit parade, flexing the muscle that has made them a fixture on alt-rock radio for a quarter-century, while throwing enough curveballs to keep the evening interesting for die-hards. Songs off the band’s excellent 2021 album “Medicine at Midnight,” which Grohl reminded the crowd was designed “so everyone could dance a little bit,” gelled well, and extended treatments of cuts like “My Hero” imbued those classics with fresh life.

“We should do this more often.” — DAVE GROHL

The audience roared and Grohl replied, simply, “Me too.”

From its first notes, the band was dialed — thanks in part to a warm-up club show at The Canyon in Agoura Hills, California, on June 15 — and it loosened further as the night progressed.

“This feels good,” Grohl deadpanned after an emotional midset rendition of 2011’s “Walk.” “I really missed the attention. That’s what it is.”

Next came band introductions — guitarist Chris Shiflett teased Sinatra’s “New York, New York,” bassist Nate Mendel plucked the riff to The Who’s “My Generation,” and guitarist Pat Smear was gifted a giant cutout of his own face from the audience — and a surprisingly top-notch cover of Queen’s “Somebody To Love” where Grohl took over drums from Taylor Hawkins, who prowled the stage in a tank top and board shorts as he channeled his inner Freddie Mercury.

“We don’t usually get warmed up until the second hour,” Grohl said after the cover, the set’s 13th song, before launching into a sizzling version of “Monkey Wrench.”

As the venue filled earlier in the night, the crowd buzzed with chatter about what guests Foo Fighters might bring out to celebrate the Garden’s musical reopening. The band called in only one cameo, but what it lacked in quantity it compensated for with quality: Comic Dave Chappelle took the stage deep in the set to cover Radiohead’s “Creep.”

Like Hawkins’ Queen homage, the performance was better than expected, leading Grohl to asking the crowd, “You want me to do shit after Dave Chappelle?” following his exit from the stage.

Thankfully, cooler heads prevailed, and the Foos powered through several more songs, running the gamut from hard-rock ragers (“All My Life”) to poignant singalongs (main set closer “Best of You”) to low-stakes gags (a cover of the Bee Gees’ “You Should Be Dancing,” one of several tunes by the iconic trio that the Foos’ cover as the Dee Gees on “Hail Satin,” a coming Record Store Day release.

But lively as he was, Grohl didn’t lose sight of the concert’s historic nature.

“For the last year, I had this recurring dream that I would walk onstage and we would look at each other for the first time and it would take a couple minutes and we’d just look at each other like, “Thank god we got through this,'” Grohl told the audience while the Foos vamped on the “Best of You” chords before the song’s final chorus. “I walked out onstage tonight and it was just like that fucking dream. So thank you very much everybody for making my dream come true tonight.”

With the live industry’s post-pandemic return well ahead of schedule, the feeling was mutual. By the end of the night, the only thing left was the encore-closing “Everlong,” the sort of concert catharsis so many have missed since March 2020.

“We should do this more often,” said Grohl, with a smile that stretched ear to ear.

Making a Fire
You Should Be Dancing (Bee Gees cover)
Everlong