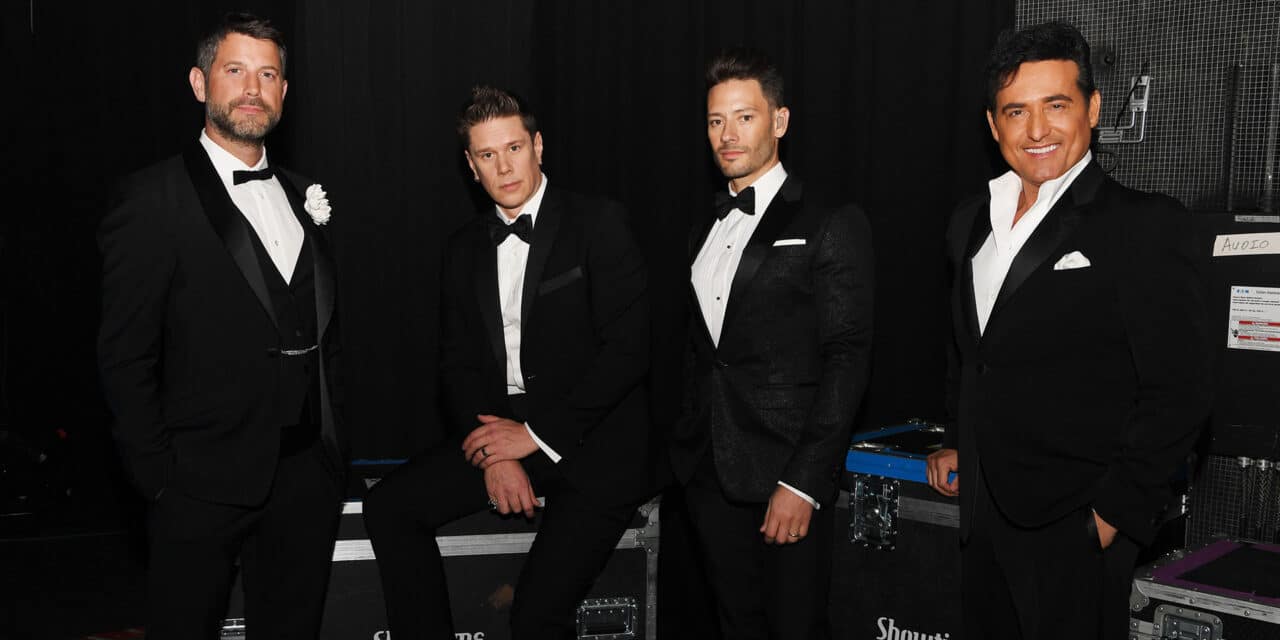 WE ARE DIVO: Nederlander Concerts had to put together the marketing campaign for the coming tour by Il Divo in a hurry. (Getty Images)

Marketers working overtime as acts push to return to touring

As concert announcements ramped up a couple of months ago, Jamie Loeb had to pull out the big guns — or, at least, the leaf for her kitchen table.

“We have 250 shows on sale right now,” said Loeb, vice president of marketing at Nederlander Concerts. “I had to put the leaf in the kitchen table, so that it could hold all of the marketing plans across the entire country, because I had to be able to see them and pay attention to each of them. It was quite ridiculous.”

With restless artists champing at the bit to get back on the road, the live industry has experienced an unprecedented onslaught of announcements — an embarrassment of riches for fans, but a headache for those executing the shows.

Among the toughest aspects is marketing. After all, while there’s plenty of pent-up demand, some simple variables counteract it: economic precarity in the pandemic’s wake, lingering concerns about the safety of public gatherings, and calendars where several artists, some with overlapping audiences, might be playing the same markets on the same nights.

Those factors have accelerated tour announcements, as artists have rushed to secure coveted dates and venues and then consumers’ dollars.

“It has been absolutely insane,” Loeb said. “Everybody and their brother — anybody who’s ever played an instrument — is going on tour, and they all (wanted) to get up on sale before Fourth of July.”

The pinch has strained marketing teams for promoters, like Loeb’s crew at Nederlander, and their counterparts at agencies.

“Due to the high volume of tours going on sale during this time, it’s important to make sure we are building a plan that captures the highest sense of urgency and excitement within an artist’s fan base to maximize our onsales, especially since we are seeing much smaller windows due to the smaller pocket of time to get tours up for the fall,” said Jessica Lawson, vice president of tour marketing at Wasserman Music, whose clients range from Billie Eilish to Phish. “We are not only competing with other tours, but also summer vacation travel.” 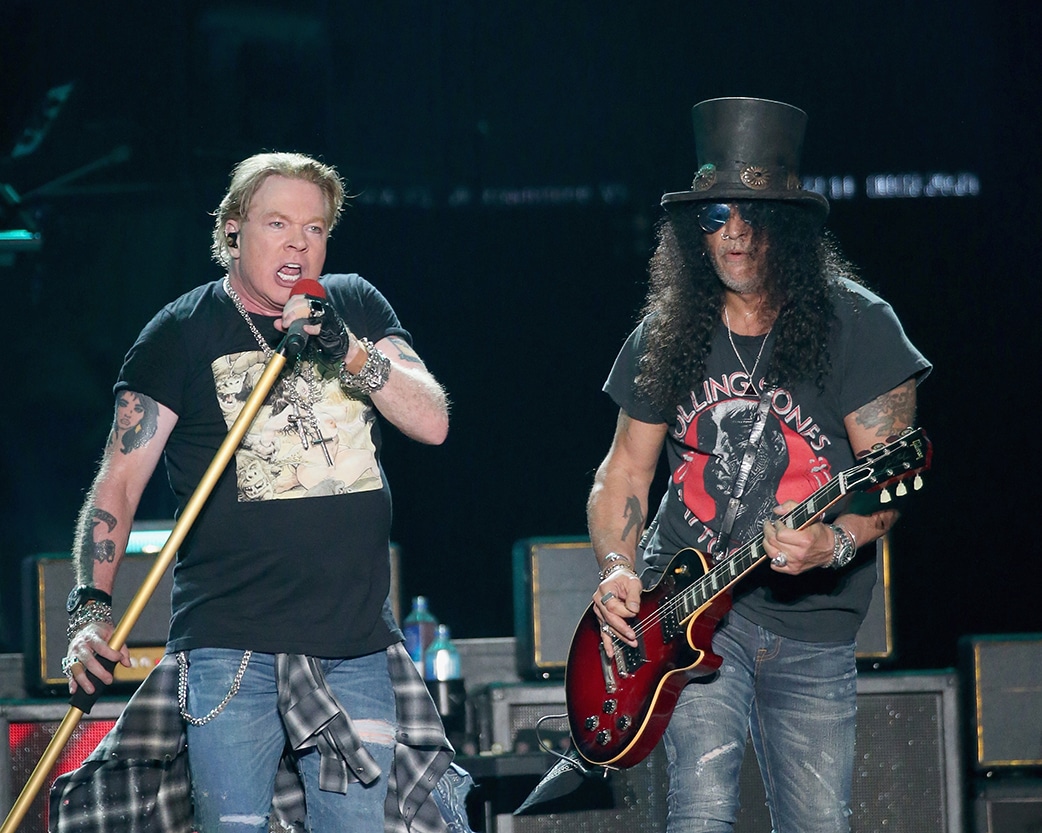 “The whole team just knocked it out of the park,” Loeb said of the tour, which was announced June 21 and went on sale to the general public four days later. “They went from not having any information on shows, basically, to having every show up on sale within a three-week period. For anybody who hasn’t done that: It’s not easy.”

And, despite the high touring volume and tight deadlines, some marketing teams are executing strategies with a smaller staff than before the pandemic, because “marketing has to come first, but that comes before there’s money coming into the bank,” according to Loeb.

“Many strategies are similar to our pre-pandemic marketing tactics, but we are increasing our production of high-quality and engaging marketing assets,” said Eddie Clemens, who, as UTA’s head of tour marketing for music, oversees a roster that includes Jonas Brothers and Guns N’ Roses. “Live footage and live images are essential as well. Our job right now is to help fans remember the feeling of what it’s like to be at a live event with 10,000-plus of their closest friends, and making them want to buy a ticket or 10!”

Clemens says his team has worked to activate artists’ audiences through fan clubs and social media — digital bonds strengthened with fans stuck at home during the pandemic — and that “fans want to hear from the artists on what can be expected at their shows and why they can’t be missed.” These connections are more important than ever, because some traditional marketing channels have yet to resume.

“We are looking to utilize as many promotional tools and partners as possible to give shows a better chance to stand out,” said WME’s Levi Jackson, who represents Dua Lipa and works in tour marketing.

To that end, analytics have been key, as marketing teams seek to maximize every dollar.

“We have an analytics group at CAA that can pull really cool insights into fandoms, streaming behavior, brand affinities and more, so we use that data to make sure we’re directing the ad spends in the right way,” said Shannon Fitzgerald, an executive in the music marketing group at CAA, which represents artists such as The Black Crowes and Fall Out Boy.

These strategic adaptations are further complicated by shifting COVID-19 restrictions, which can change quickly and unexpectedly.

“You have certain buildings and certain markets that absolutely want COVID language popping up on their ticket page before anybody is allowed to purchase a ticket; you have other buildings that absolutely do not want that,” Loeb said.

“It has been absolutely insane. Everybody and their brother — anybody who’s ever played an instrument — is going on tour, and they all (wanted) to get up on sale before Fourth of July.” — JAMIE LOEB

When Nederlander downsized its marketing staff, Loeb personally assumed the “Contact Us” email for one of its venues, City National Grove of Anaheim, directly corresponding with customers about the promoter’s COVID protocols, and her experience mirrors those of other marketing professionals, who have been at the forefront of messaging about pandemic-related changes to the concert experience.

“In terms of marketing, as we near each festival, we will work to overly communicate with our fans and attendees the local guidelines we will be following and will be staffing up on our customer service to make sure we can get back to all inquiries as quickly as possible,” said Chamie McCurry, chief marketing officer at Danny Wimmer Presents, which has rock festivals slated in California, Ohio, Florida and Kentucky later this year.

While sellouts have garnered plenty of headlines, marketers expect last-minute ticket buying to increase for shows where inventory remains and are planning accordingly.

“We are obviously seeing shorter onsale periods right now, and also dealing with later ticket buying behavior,” Fitzgerald said. “So, while making a splash with the announcement is still very important, the secondary period that we’re focusing on is the seven days leading up to the show, when we can really saturate the market with media buys, PR and social content.”

Lawson concurred, explaining that Wasserman’s team is “very focused on the closing campaigns for 2021 touring, since we think consumer confidence, especially with older demos, will be at its peak when a tour is beginning to play, driving consumers to purchase tickets much closer to the show date than they may have pre-pandemic.”

Ultimately, Loeb noted, “as far as the precise makeup of the marketing plan, I don’t know that it’s changed that much. It’s just the execution of it,” though that could change.

“Right now, we aren’t seeing the slowdown in people purchasing tickets,” she said. “At some point, I think they are going to hit a wall. I don’t know if that’s the end of 2021 or if that’s 2022, but I think we will, and we’re gonna have to roll up our sleeves and think up different strategies and continue to be creative.”

But that’s in the future. For now, after weeks of going to sleep after 1:30 a.m. every night, Loeb’s workload is finally stabilizing.

“I’m very thankful that the last eight weeks are not representative of what normal is now going to be,” she said, “because holy cow — it would have killed all of us.”

This story first appeared in Pollstar.