Omaha Athletics announced that Savor will provide food and beverage service in Baxter Arena, the on-campus venue that will host University of Nebraska Omaha hockey, basketball and volleyball. The five-year agreement also calls for an additional five-year renewal option after the initial term.

The university put out an RFP for the arena’s food and beverage services and received multiple proposals.

“We evaluated each company on several different levels [including] financial, menus, alcohol responsibility,” explained Mike Cera, UNO’s associate athletic director/general manager of Baxter Arena. “We took the points from that, compared them and invited three companies back to present menu options, … did a tasting and then a group of us, including the leadership team here at the University of Nebraska Omaha, … came to the conclusion that Savor had captured our vision as a university, captured our ideas of what we perceived for food service in Baxter Arena, have proven that they have responsible alcohol awareness programs in place, and decided Savor was the best fit.”

The venue did not disclose details of the term or a projected annual gross. “Mike’s working on getting some good content and as we get some more things solidified, we can share [those numbers],” said Chris Benevento, regional vice president for Savor.

John Stancato, previously the director of food and beverage for Savor at BMO Harris Bank Center in Rockford, Ill., will serve as Savor’s director of food and beverage at Baxter Arena. Benevento explained that Stancato’s successful track record with hockey events, family shows and concerts makes him a good fit for the university. The venue’s executive chef has not yet been named, but Benevento said that the company is searching internally as well as among Omaha’s culinary talent.

Not all menu items have yet been solidified, but Benevento is confident that Savor’s offerings will embrace local flavors by utilizing regional vendors. “We did our homework on Omaha,” he said. “We do have a good presence in the Midwest region, so we’re familiar with the product lineup that’s indigenous to Omaha. There are clearly great beef and meats; there’s a fantastic bread company [Rotella’s Italian Bakery], and we’re building off of that success. We’re already building our concessions menu lineup, and a chef will come in and help us enhance that.”

Menus will likely include grilled sausage and peppers, and shaved beef sandwiches. Staples such as popcorn and ice cream will of course be available, along with “some spins on things,” according to Benevento. The arena will host four permanent concessions locations that will sell standard fare, and 27 points of sale will exist among the permanent concessions. Additionally, a club lounge space will be home to an extensive bar, dedicated grill and a buffet with action stations. Seventeen suites will also host guests. Benevento added that comfort food and small plates will both be themes in the food service at Baxter.

Just as the venue is following many of the LEED guidelines, Benevento explained that Savor is keeping sustainability in mind with food and beverage service. “From our disposable ware to our suite ware, we’re going to strive for as great of a compliance level as we possibly can,” he said. “Going along with the university’s initiatives and efforts, we’re going to collaborate to become one of the more sustainable properties you’ll find out there.”

At press time, the venue is 70 days away from its first event. “Everything is on time and on target,” said Cera, adding that ice system testing, and scoreboard and ribbon board installation are some of the major components yet to be completed.

“From the food service perspective, everything is on or ahead of schedule,” explained Benevento. “We’re seeing the production equipment going in; the suites, counter tops, cabinetries are in. It’s really starting to take shape, and we’re starting to accent those spaces with some really creative serviceware items. The next step for us is theming out those permanent concession locations, celebrating the university as well as the Omaha market. … We’re just excited to be in the university market again and grow that business line for us, and looking forward to this great partnership.” 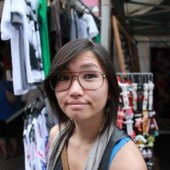 SMG Has Not Been Sold Power Rangers Live To Tour In 2018 Archaio Doubles Down With Venues